The Federal Inland Revenue Service (FIRS) said it generated N6.4 trillion revenue in 2021, representing over a hundred percent of its collection target.

Was this the true value of its collection in 2021?

In a report released titled “FIRS 2021 Performance Update,” the agency said the total revenue of N6.405 trillion in both oil (N2.008 trillion) and non-oil (N4.396 trillion) revenues surpassed its target of N6.401 trillion for the year.

“Upon the coming into office of the current management, the Federal Inland Revenue Service (FIRS) began strategic administrative and operational reforms; and the implementation of new policies that would improve its capacity towards the fulfilment of its mandate,” a statement from FIRS quoted Muhammad Nami, its chairman, as saying.

“The deployment of a new automated tax administration system, the “TaxPro Max” in June 2021 was a game-changer.

“With the solution, taxpayers experienced the ease of registration, reporting, payment and issuance of Tax Clearance Certificates while the Service experienced greater efficiency in the deployment of resources thereby leading to improved revenue collection.”

The report added that the agency raked in N114 billion from electronic money transfer levy and earmarked taxes amounted to N208.8 billion.

“The Service issued certificates for the sum of N147.8 billion tax credit to private investors and NNPC for road infrastructure under the Road Infrastructure Development Refurbishment Investment Tax Credit Scheme created by Executive Order No. 007 of 2019.”

With the figures, the agency arrived at N6.4 trillion for the year, supposedly surpassing its last record at N5.3 trillion in 2019.

ARE THESE FIGURES CORRECT?

Checks by TheCable showed that the figures stated in the report are correct except the input for petroleum profit tax (PPT) fixed at N2.008 trillion for the year.

Data from the federation accounts allocation committee (FAAC) showed that FIRS declared N1.2 trillion as PPT in 2021 instead of N2 trillion, as stated in its report. This shows a discrepancy of N800 billion in the FIRS’ data.

By implication, this means that FIRS only collected a total of N5.6 trillion as revenue instead of N6.4 trillion. 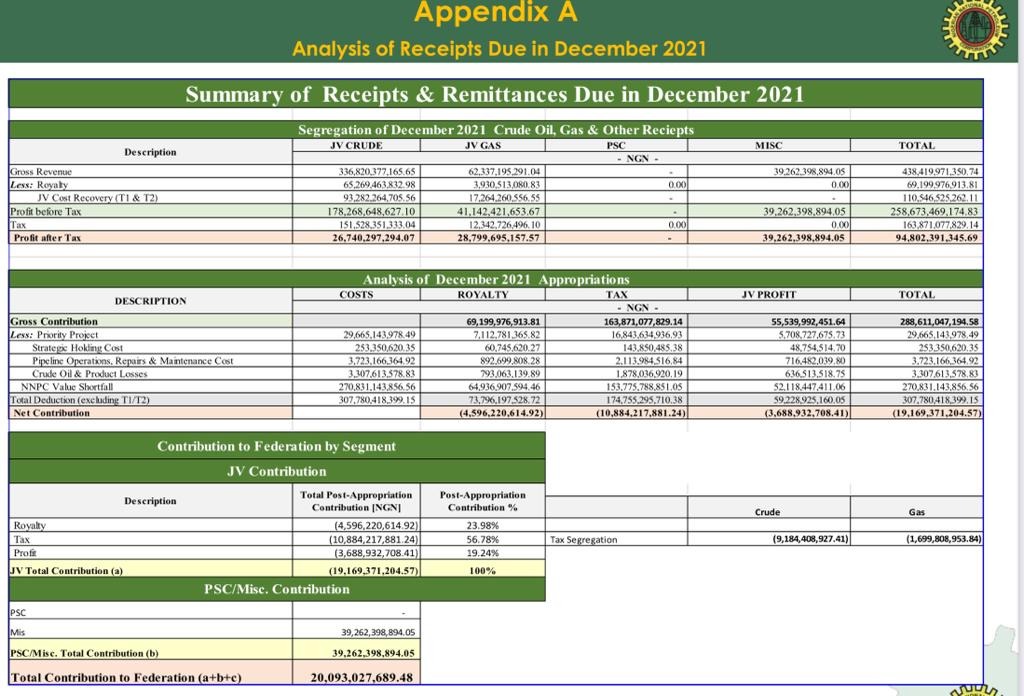 WHAT IS FIRS POSITION

“Recall that the NEC had approved certain expenditures to be incurred by the NNPC from the PPT, among others — the totalling of the sum of those expenditures should give you the balance that amounts to a total of 2 trillion received for the FG in the year under review,” the official said.

In this instance, FIRS said the questionable N800 billion was used by the Nigerian National Petroleum Company (NNPC) Limited for some expenditures approved by the national economic council (NEC).

With this clarification, it means N800 billion did not enter into the account of FIRS.

For this, FIRS cannot add N800 billion that it did not collect as part of its revenue for last year.