A businesswoman named Uduak has narrated how she lost her child 3 hours after birth. She revealed that she and her husband referred to the baby as their “restoration baby” because their marriage had been “dead for 4 years and looked beyond repair”.

She said the child was conceived soon after their marriage was restored.

Her pregnancy went well and she gave birth without incident.

However, shortly after the child’s birth, he developed difficulties breathing and had to be placed on oxygen.

The grieving mother went on the recount how she refused to accept that her child was dead and she waited till morning to take his body to a church.

However, when nothing happened, she returned to the hospital in Victoria Island, Lagos, with her child and finally accepted that he is gone.

She shared the story on the first anniversary of her son’s death.

Read her story below. 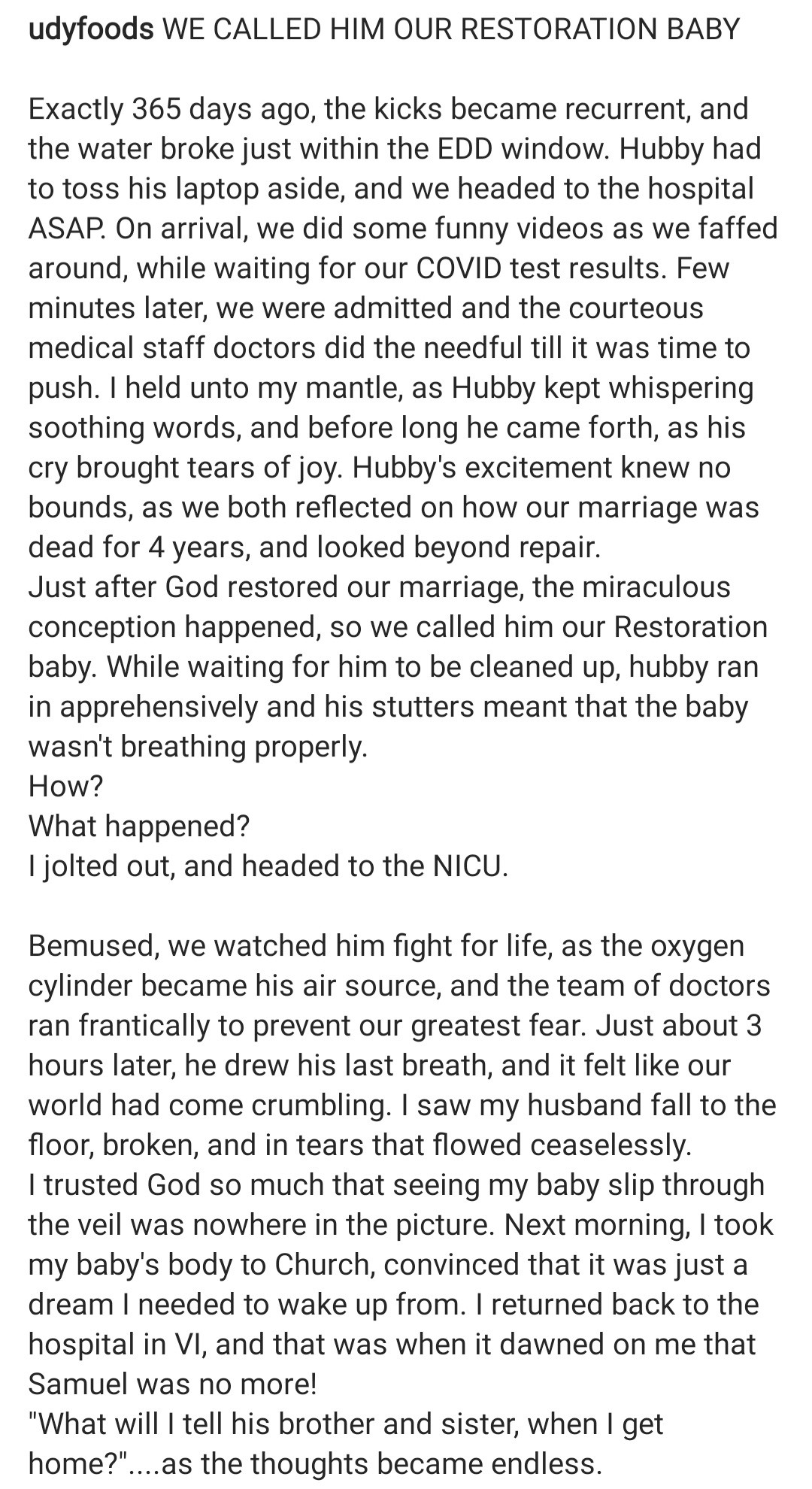 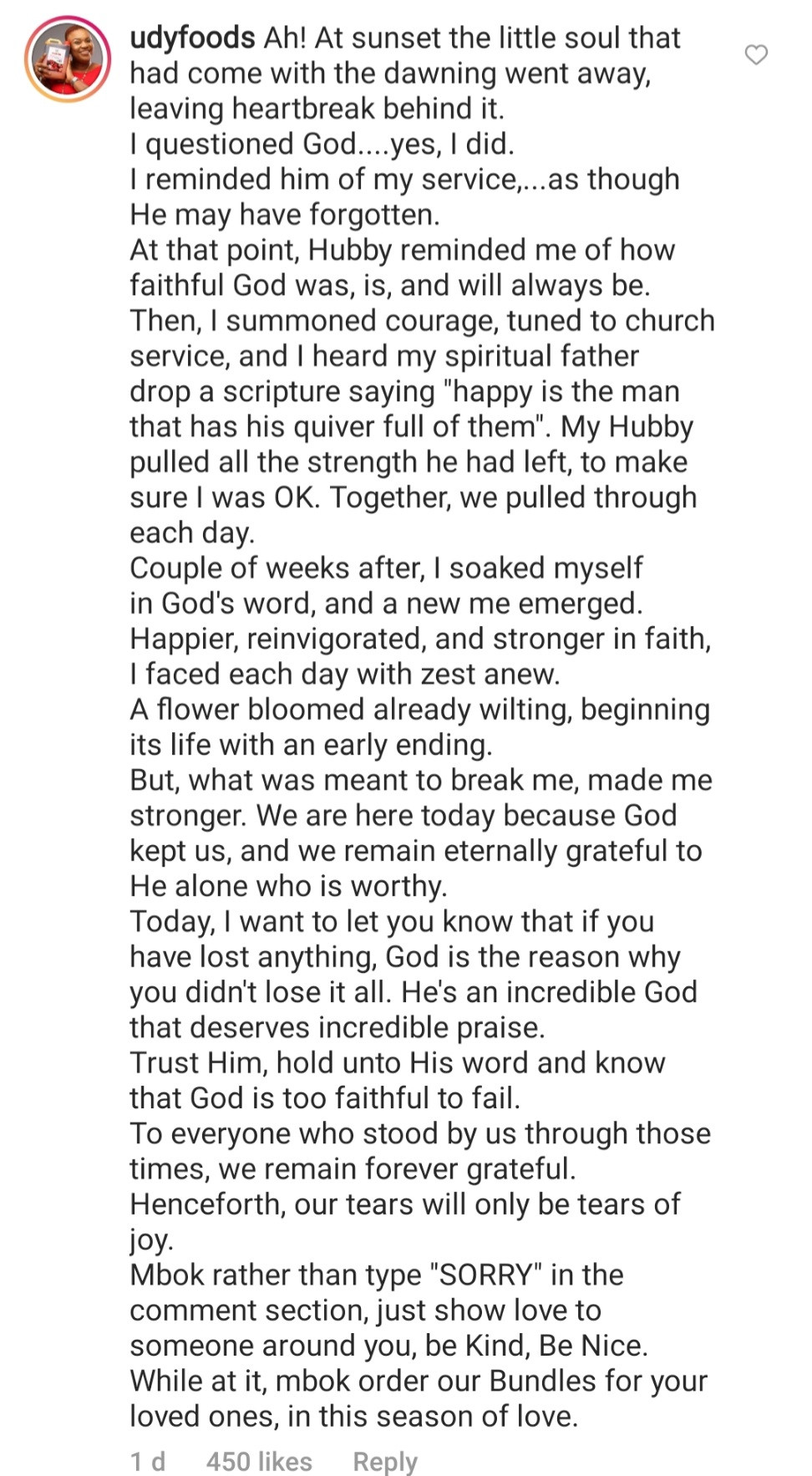 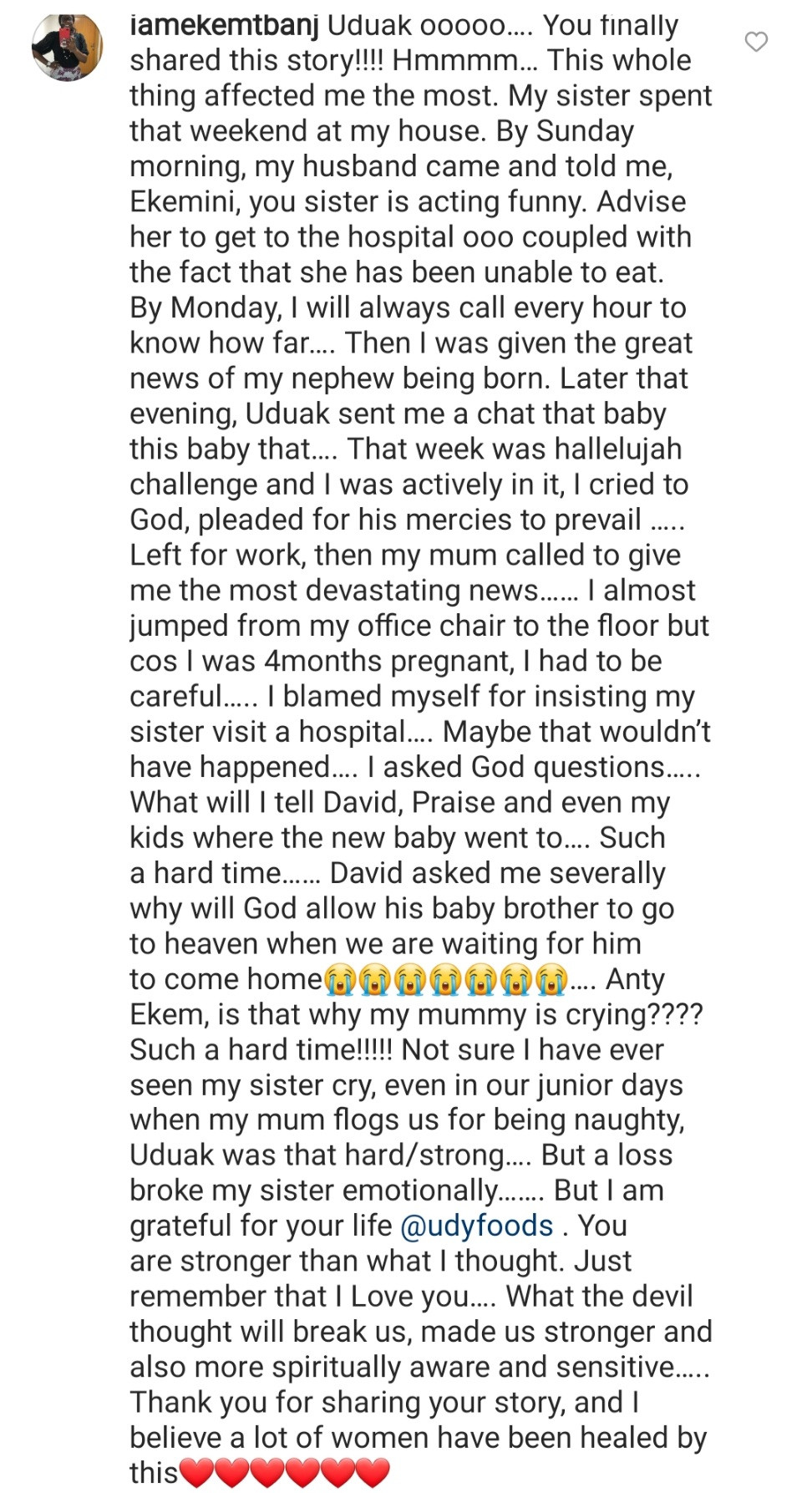 I never slept with your best friend – Kaffy’s husband breaks...

“Never compare your children to others, it will make them sad”–... With all the school shootings in the US, nobody is asking...