A Nigerian lady has expressed gratitude to music executive, Don Jazzy, after he gave her family N1.2 million to complete the fees for her father’s surgery.

The lady identified as @Hillybaby4 took to the platform to seek financial help from well-meaning Nigerians for her dad’s surgery, which she said would cost N2 million naira.

She shared a photo of her ailing dad’s swollen face and said he needed the surgery urgently.

When help wasn’t forthcoming, despite tagging several Nigerian celebrities on the post, the lady revealed that she and her siblings were considering taking out a loan, but didn’t know how they would be able to pay the money back. 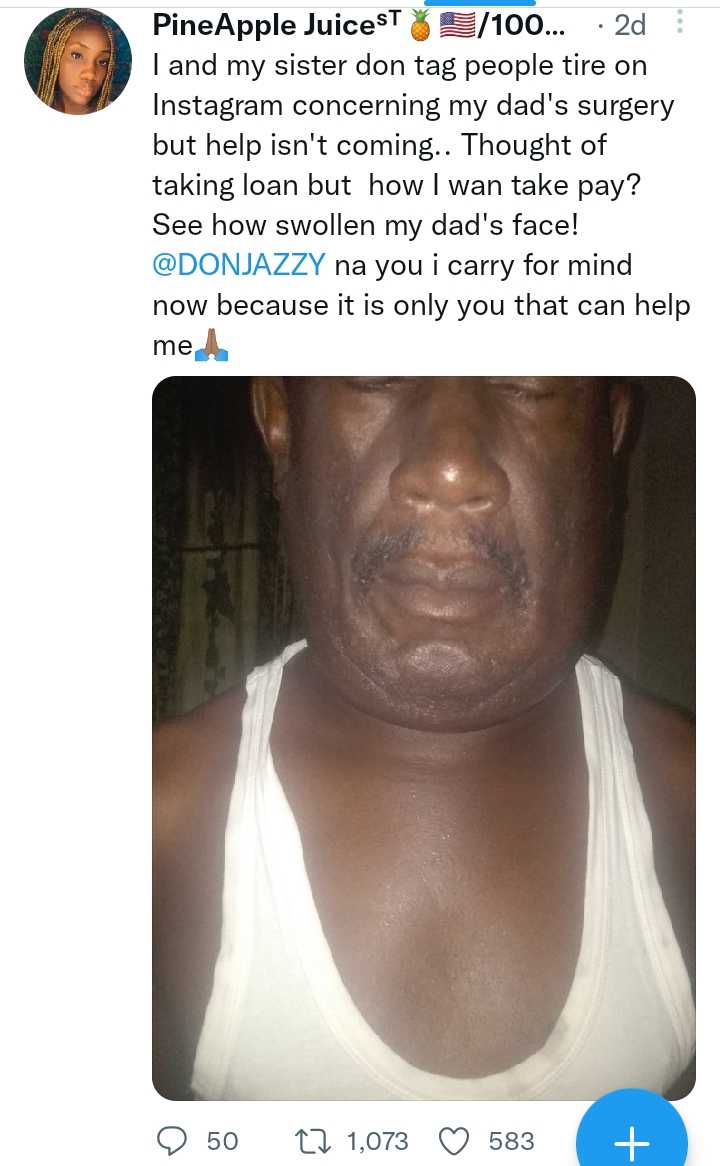 In an updated tweet, @Hillbaby4 revealed that Mavin boss, Don Jazzy sent her N1.2 million to complete the eight hundred thousand naira which they were able to gather. 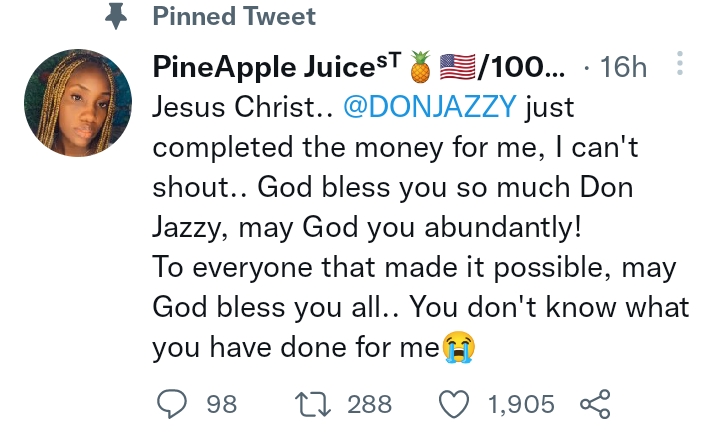 After he sent the money, Don Jazzy further melted the hearts of many after he expressed regret for the money’s late arrival and wished her dad a quick recovery.

Showing their gratitude to Don Jazzy, the family made an appreciation video and posted it on Twitter.

In the video, the father prayed for Don Jazzy.

A video appreciation 🙏🏽
Thank you and God bless you @DONJAZZY pic.twitter.com/yDLRDAWXCD

Under the new total ban of motorcycles, passengers and riders will... Businessman shot dead by gunmen in Onitsha one month to his...