Nigerian Airforce in a new development has killed over 100 bandit-terrorists in Niger State. The terrorists who attack remote communities in a large convoy of motorcycles, also lost their bikes and weapons in the air raid. It would serve as deterrence to other banditry group.

More facts have emerged on how a military operation led to the death of over 100 bandits in Niger State.

According to PR Nigeria, the bandits were eliminated by air strikes of the Nigerian Armed Forces.

Mary Noel-Berje, the media aide to Governor Abubakar Bello, in a statement, said Mr Umar spoke at a press briefing at the Government House, Minna on the directive of the governor.

According to the statement, Mr Umar said many commanders of the terrorist groups were killed in the operations, pointing out that the eliminated terrorists belonged to the camps of Ali Kawajo, Yello Janbros, Kachalla Halilu and Bello Turji.

Niger State has been the hot bed of banditry activities in the North-central zone of the country.

Bandits have killed hundreds of persons while many other have been either kidnapped in schools or in other places such as places of worship and homes.

Joint operation
According to the report, the aerial operation by the Nigerian Air Force (NAF), Air Component of Operation Thunder Strike and Operation Gama Aiki took place on Wednesday between 4.45 pm and 6.34 pm in some bandit camps within Ghana.

The report also said the terrorists had been under surveillance for some time and were observed to be in three different groups of approximately 40 terrorists, with at least 25 motorcycles per group.

However, rather than strike individual group separately, the surveillance team patiently waited until the three groups gathered at a crossroad location near Ghana Village. It was at this point that the Air strikes were authorised.

NAF spokesperson, Edward Gabkwet, did not respond to phone calls and SMS from PREMIUM TIMES for more enquiries on the operation.

However, a military source who spoke to PR Nigeria revealed that precision strikes of troops had a 100 percent accuracy, going by the intensity and spread of the fireball which entirely engulfed the terrorists.

“At least nothing less than 150 terrorists perished in that strike,” according to the source.

He however said a few of the terrorists who survived the strike were seen crawling or barely limping off from the location, which the ground troops immediately mobbed up. 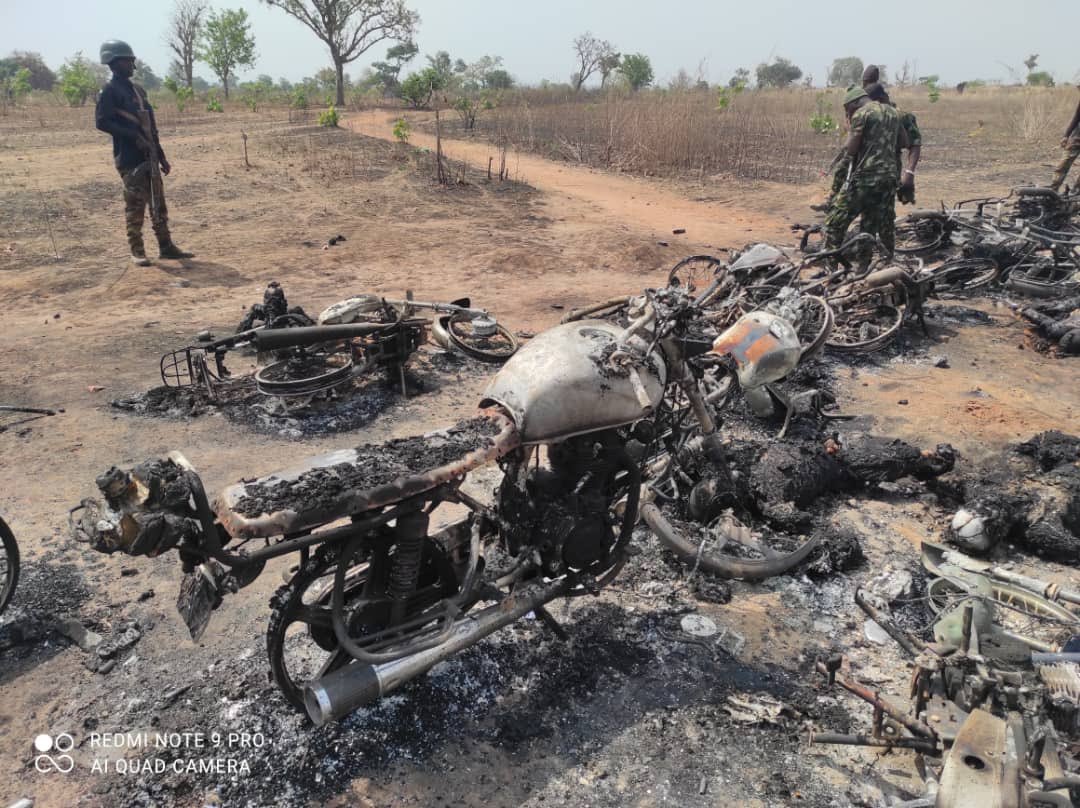 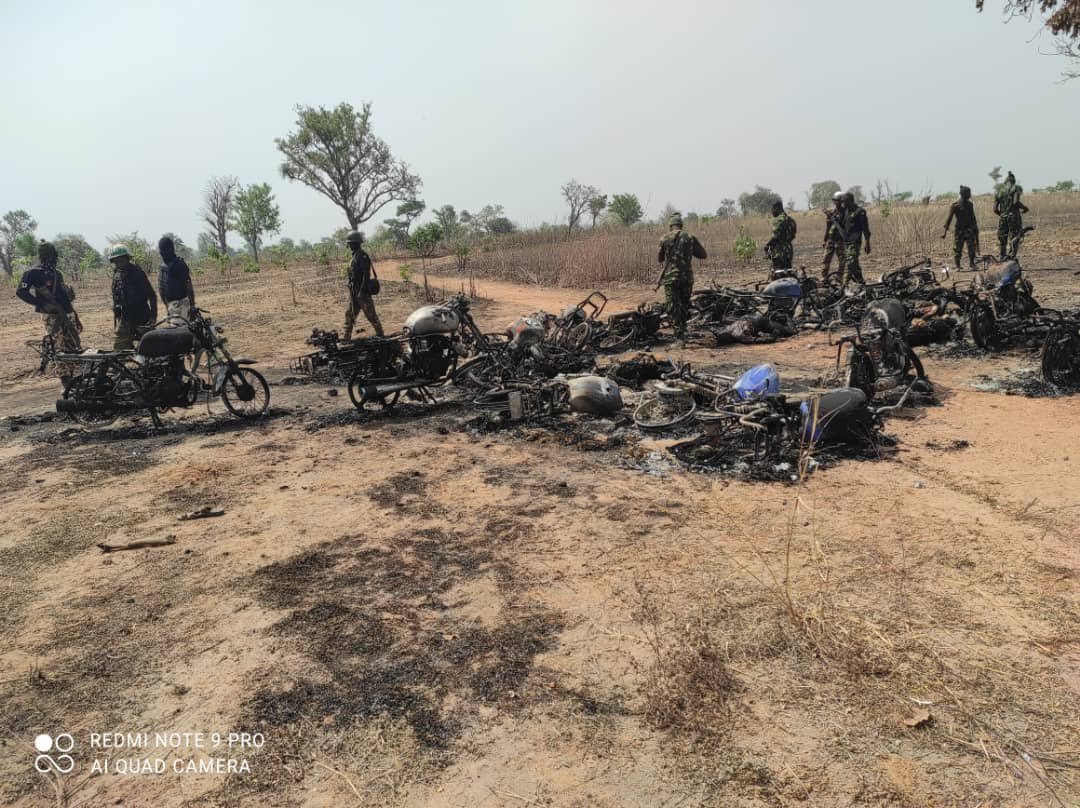