A student of University of Jos has allegedly committed suicide after leaving a suicide note.

Friends mourning him on Facebook have shared a note allegedly found beside his body.

It reads: “Goodbye, I love you all. See you on the other side of the world till we meet to part no more.” 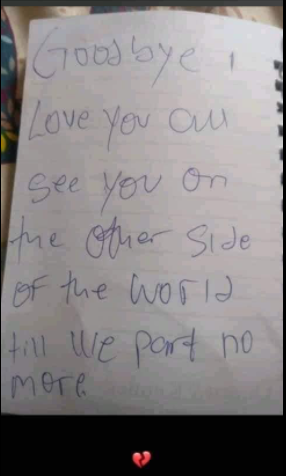 “I Can’t Be a Tenant” – Kpokpogri Reveals Plans of Becoming...