Popular Ebonyi-based shoemaker, Sharon Ijuolachi Akpa, has hit back at a man who body shamed her. The man, Ogodo Peter had commented on her picture saying that her “wall of Jericho had fallen yakata,”  probably referring to her boobs.

The mother of one fired back at him, writing: “It’s normal, after one kid. I can’t say the same for your smelling balls, can we see it? Even your mama own, let’s see it.”

Surprisingly, the man took offence at mothers being disrespected after insulting Sharon, who is also a mother. 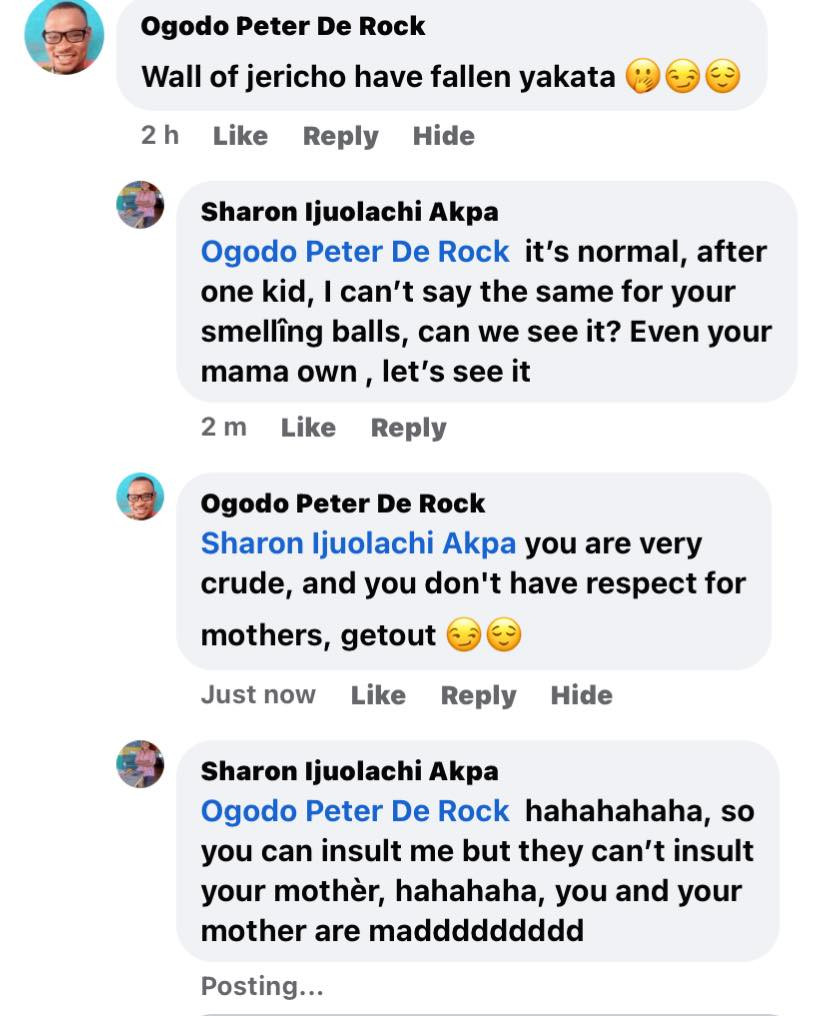 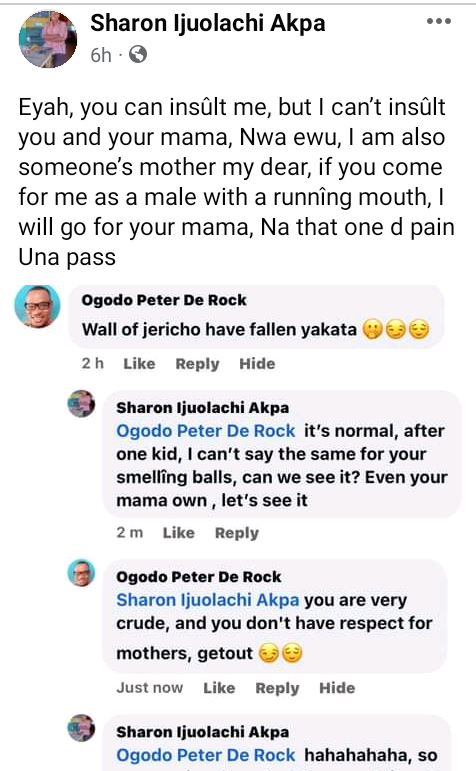