Ovienews on twitter has highlighted the reason why electricity may have gotten worse in your community as owners of Gencos scale back or shut their production plants , denying Nigerians over 3180MW of electricity.

Ovienews gathered his facts, based on the statement released by the Transmission Company of Nigeria TCN, on the Power Generation and Ongoing Load Shedding Nationwide.

Odukpani NIPP was SHUT DOWN which caused a reduction of power generation to the grid by 575MW. 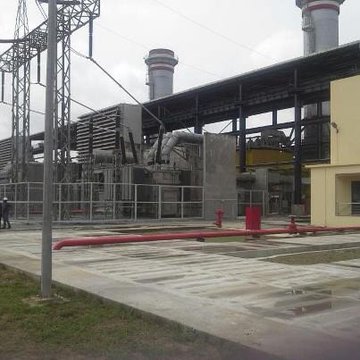 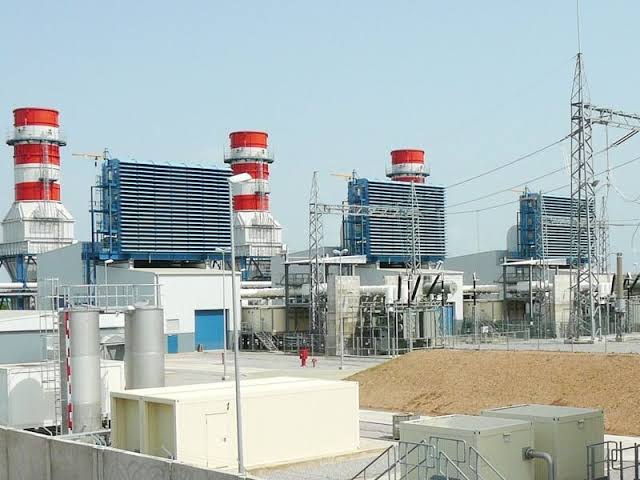 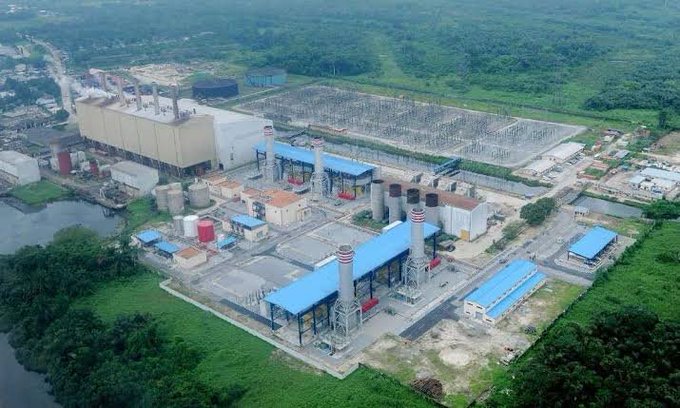 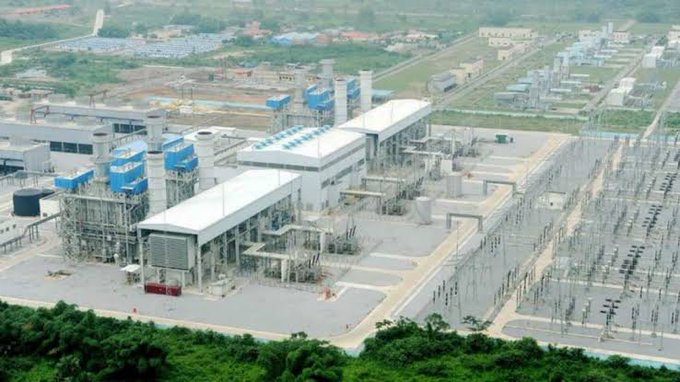 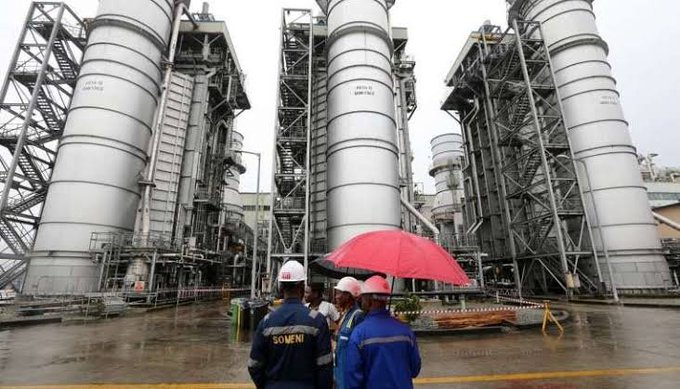 Shut down of two units in Okpai reduced our electricity by 204MW. 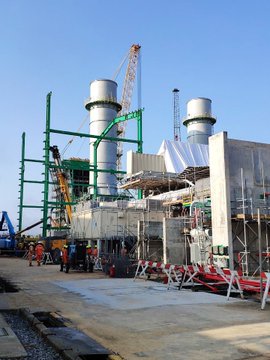 In Omoku a shortfall of 112MW. 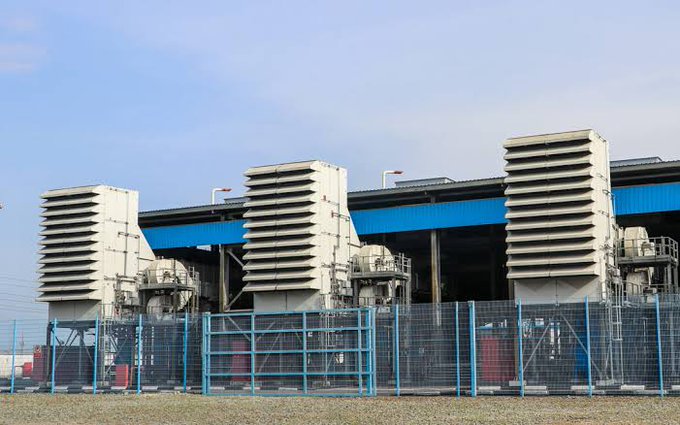 In Omotosho NIPP, generation was cut by 335MW. 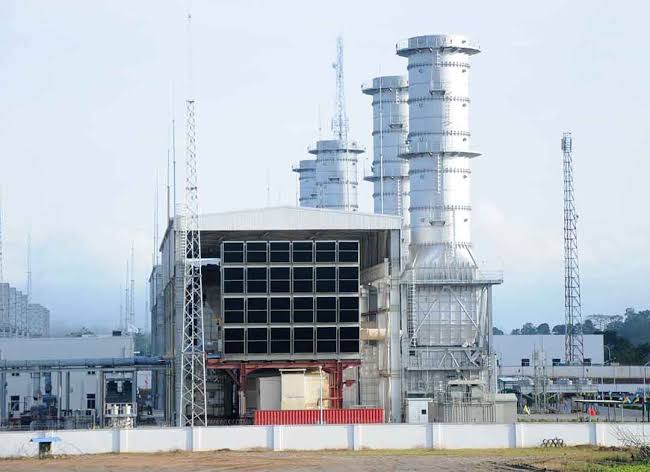 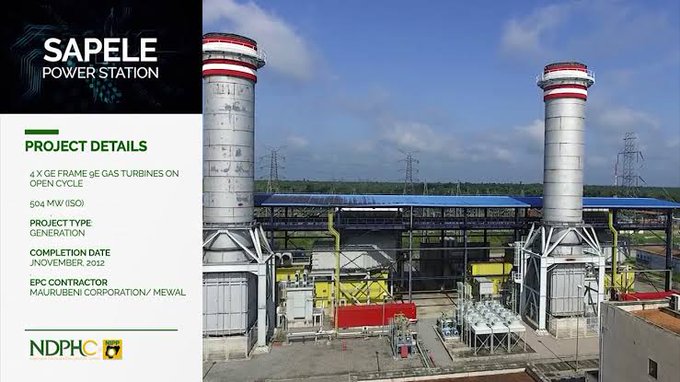 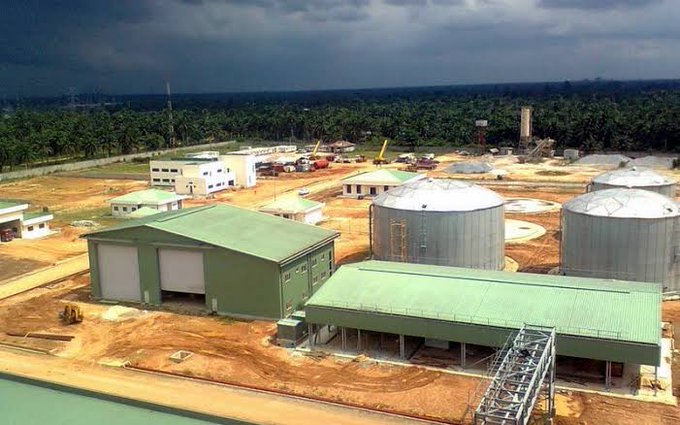 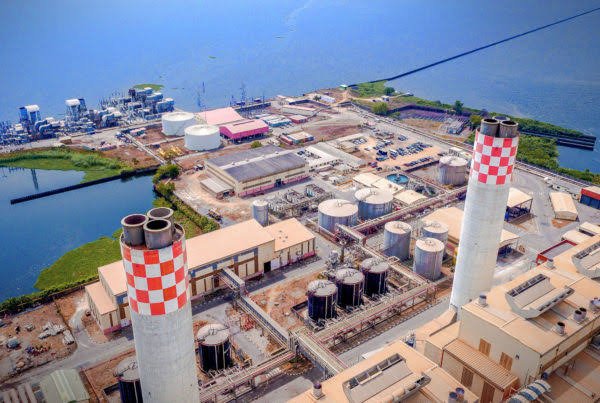 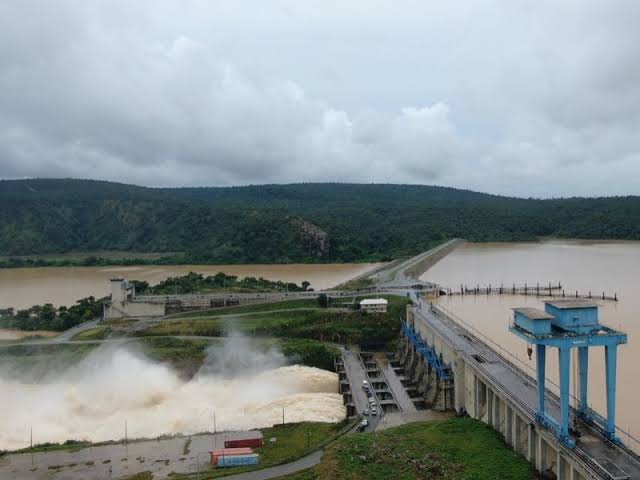 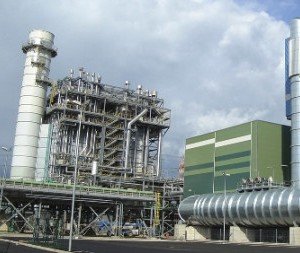 Ovienews advices that, “Fed Govt should look into this simultaneous underperformance by the GenCos and punitive action should be taken .Most of them chalk up their failures to technical faults and gas constraints. Inquiries should be made without ruling out sabotage, ditto Lag-Ibn train/diesel failure.” 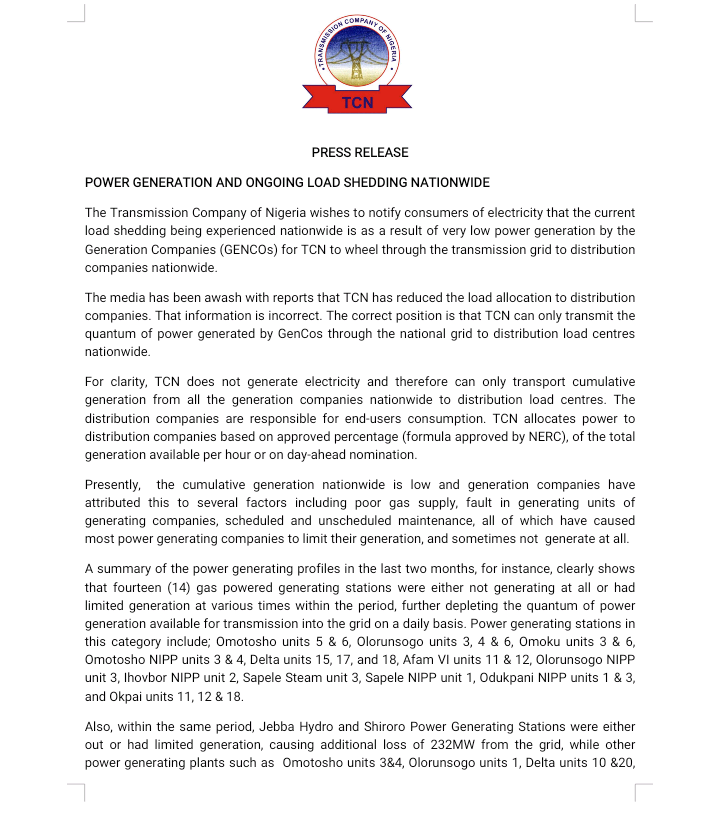 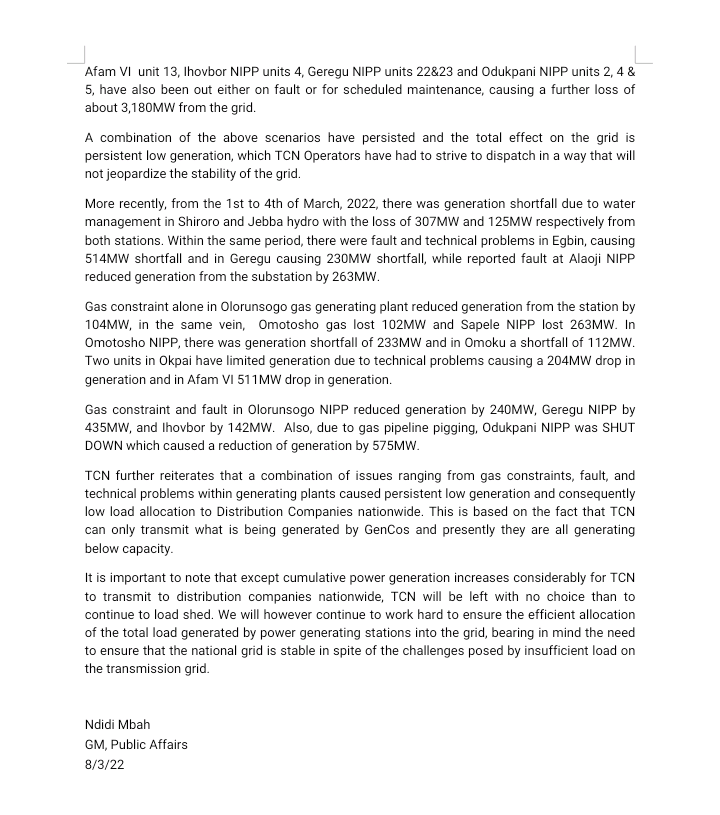 Under PDP, we had army of phantom soldiers whose pay went... How do you make same mistake twice – Annie Idibia breaks... Sylvester Oromoni: My son was not taken to hospital – Father...