The Federal Government has fulfilled its promise of allocating Houses in states of choice to winners of the 1994 African Cup of Nations.

President Muhammadu Buhari disclosed while commissioning the Housing Project under the National Housing Programme (NHP) Phase 1 on Monday in Abere, Osun State, saying it is better late than never.

Recall that the Super Eagles had defeated Zambia 2-1 in the 1994 nation’s cup final to win their second title.

Nigeria won the 1994 edition of the Nations Cup hosted by Tunisia, with a set of players considered as the greatest team in the history of Nigerian football.
Emmanuel Amuneke scored a brace to give the Super Eagles victory over the Chipolopolo. 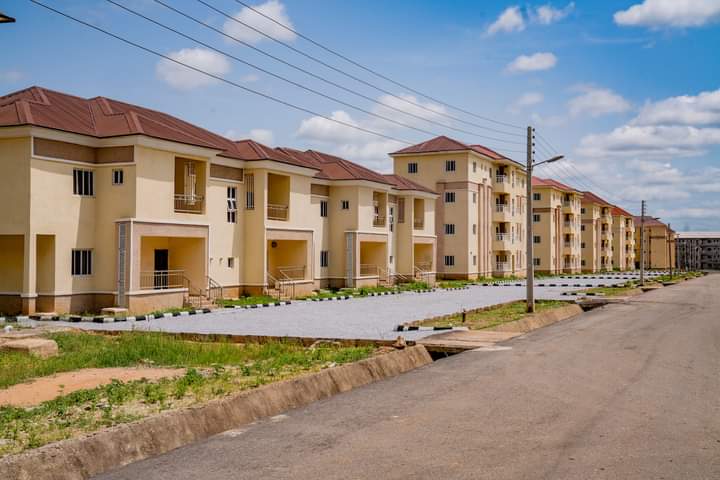 Following their superb performance in the tournament and World Cup later that year, Nigeria rose to 5th on FIFA ranking, one the highest feats ever attained by an African country.

Rashidi Yekini, Uche Okafor, Thompson Oliha, Wilfred Agbonavbare and Steve Keshi, who played for Nigeria in the tournament have passed on.

Buhari noted that the motive of the federal government was beyond improving the living condition of the players, through the housing projects, but also an opportunity to fulfil its pledge to its citizens.

His words: “On behalf of the Federal Government of Nigeria, it is a great honour for me to redeem the promise Nigeria made to these patriotic Nigerians, even if belatedly. Any one of them can pick houses from any of the 36 states. I invite you to pick from those which is being commissioned today. We had Chief Taiwo Ogunjobi, Chief Adegboye Onigbinde amongst other superstars from our state. 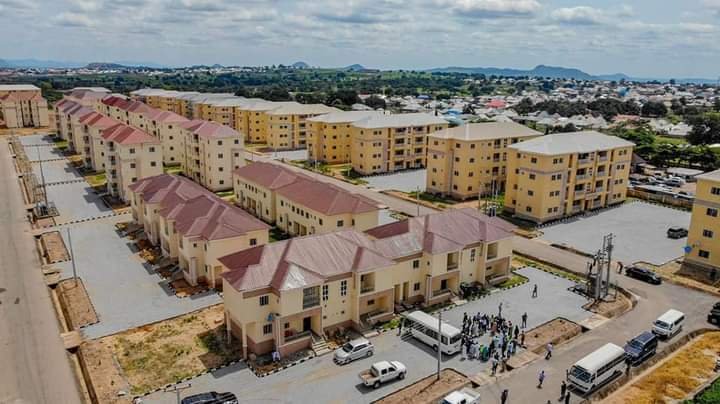 “As the saying goes, it is better late than never and I have approved allocation to redeem the outstanding allocation to 22 members of the Super Eagles in National Housing Estate located in their state of choice, and their keys and title documents will be handed over at the commissioning in their state while the remainder of the housing is allocated to willing members of the public.

“But there is more to our message of change and improving the human condition in these housing projects. They make possible, that which had seemed impossible. It provides an opportunity to remember our heroes, the valiant Super Eagles, to whom our country made a promise of providing housing for winning the 1994 African Cup of Nations, which has remained unfulfilled before now.

President Buhari stressed that his administration was committed to improving the conditions of the mass of the Nigerian people with her programmes and policies.

Earlier, the National Housing Programme, Southwest Zonal Director, Dr. M.K. Muhammed noted that the land the project was built on was donated by the Minister of Interior, Ogbeni Rauf Aregbesola when he was governor in the state. Pastor wipes off bride and bridesmaid’s makeup at the altar then...