Toke Makinwa has called out some Nigerians who belittle her achievements and accomplishments. It all started when a Twitter user, Ayomide, questioned what the media personality does for a living that made her a ‘celebrity’.

Reacting to the question, Toke said that she is fed up with people disrespecting her despite the fact that she is a radio, TV presenter, actor, Vlogger and enterpreneur.

“I literally be on my own lane and you lane ass sorry excuse called “Men” who don’t have shit to offer but your Twitter fingers constantly belittle my achievements for conversations. Sometimes I gotta drop my crown and set you staright. Google is your friend,” she wrote.

“Nobody should tell me to ignore cos ignoring these shit heads is what makes them run wild with imaginary stories, I ‘ve built my brand from the ground up and will not tolerate any disrespect from anyone.” she added. 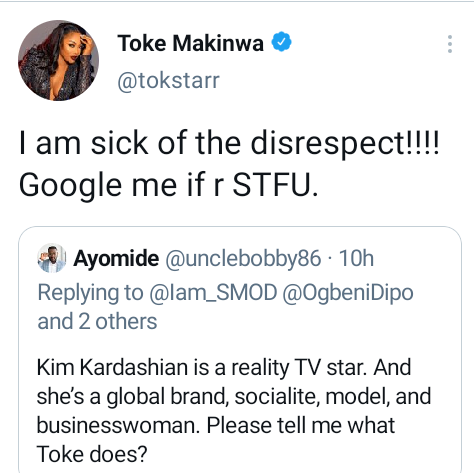 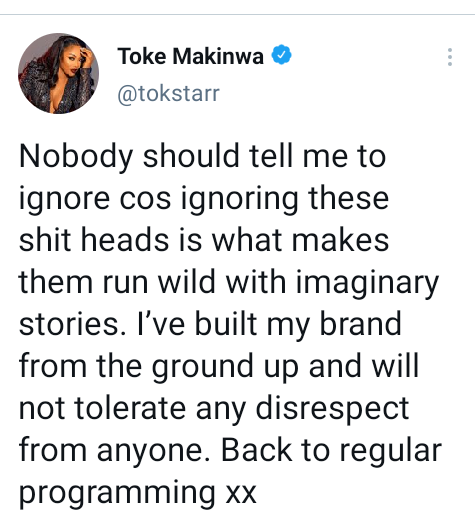 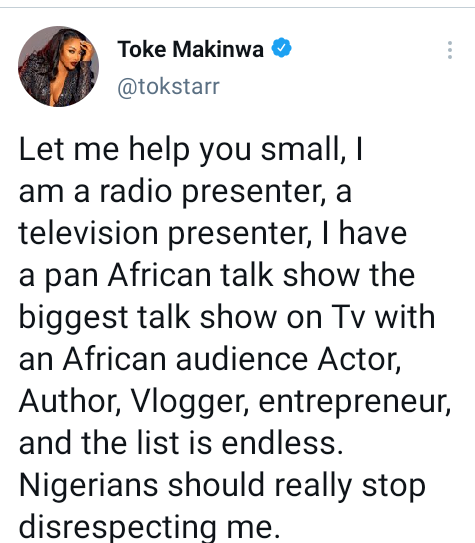 Chrisland School: “Another explicit sǝx video of the girl and the...