The president said this in a letter he personally addressed to the Chairman of Progressives Governors Forum and Governor of Kebbi State, Atiku Bagudu, dated March 16, 2022.

Insisting that the convention must hold on March 26, Buhari said removing Buni as the Chairman of CECC may amount to litigations and invalidation of all APC activities by the Independent National Electoral Commission.

Buhari’s letter came on the heels of the widely reported power tussle between Governor Buni of Yobe State and his Niger State counterpart, Abubakar Bello.

As you are, no doubt aware, the All Progressives Congress, APC, is currently facing a litany of controversies and some level of uncertainties that may ultimately question its status and affect the status and feasibility of its proposed National Convention.

In addition, it has come to my attention that, because of recent events, the APC is faced with a multiplicity of court cases pending against it in various courts across the country.

As a result of this, the party faces the possibility and prospect of the invalidation of all its activities and actions by the Independent National Electoral Commission (INEC).

Furthermore, the party has demonstrated its inability to proceed with the issue of effecting change in the leadership of its Caretaker Extraordinary Convention Committee (CECC), in a way that is inclusive, legal and respectful of the time limit set and required for giving the INEC sufficient notice of the time and venue for holding its convention.

No doubt, these controversies and uncertainties, as enumerated above, pose a real threat to the party; and may lead to a possible non-recognition of its activities, elections and the probable invalidation of all its other actions by INEC. This may ultimately even lead to its implosion and non-existence.

There is, therefore, an urgent need for the party to as much as possible, avoid all controversies, litigations and all other necessary distractions and quickly get its acts together.

In view of the foregoing, therefore, follows: I would like now to direct as

a. First, the issue of the leadership of the Caretaker Extraordinary Convention Committee (CECC), should immediately return to status quo ante;

b. Second, all members of the Governors’ Forum and their followers should desist from any behaviour or utterance that will likely lead to disunity in the ranks of the party, and ultimately jeopardise the transition to the convention;

c. Third, the Mai Mala Buni-led CECC should, accordingly, be allowed to proceed with all necessary preparations to hold the convention as planned- unfailingly, on 26th March 2022. 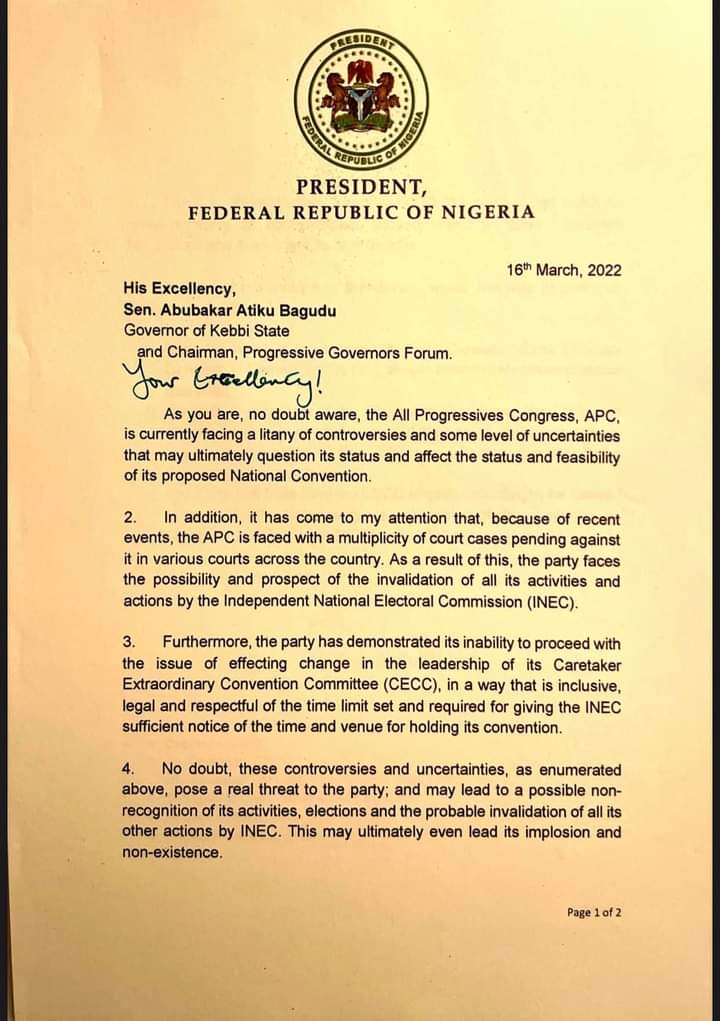 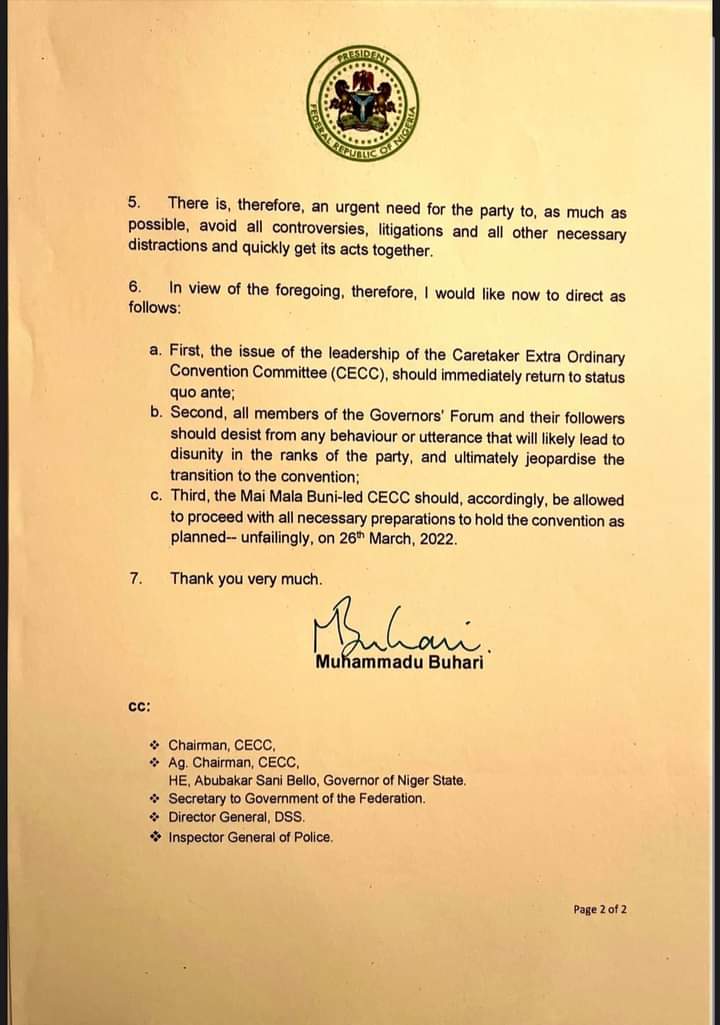 Rita Dominic steps out for her first outing at her traditional... Fears of Guinea-Bissau coup attempt amid gunfire in capital