A Twitter user has sparked the ire of other users after posting his male member on the platform to beg for money on his birthday.

He shared two photos on Twitter. In one, he pulled down his pants to show his thigh. In the other, he showed his male member, without blurring it. 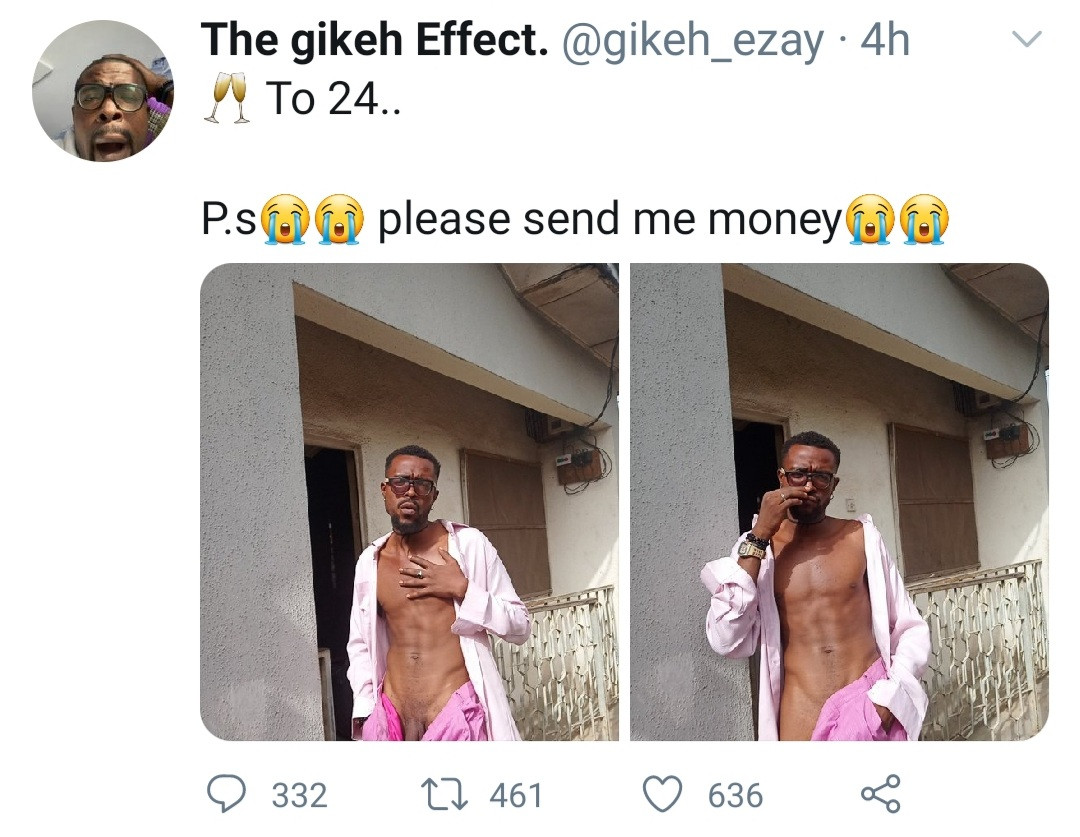 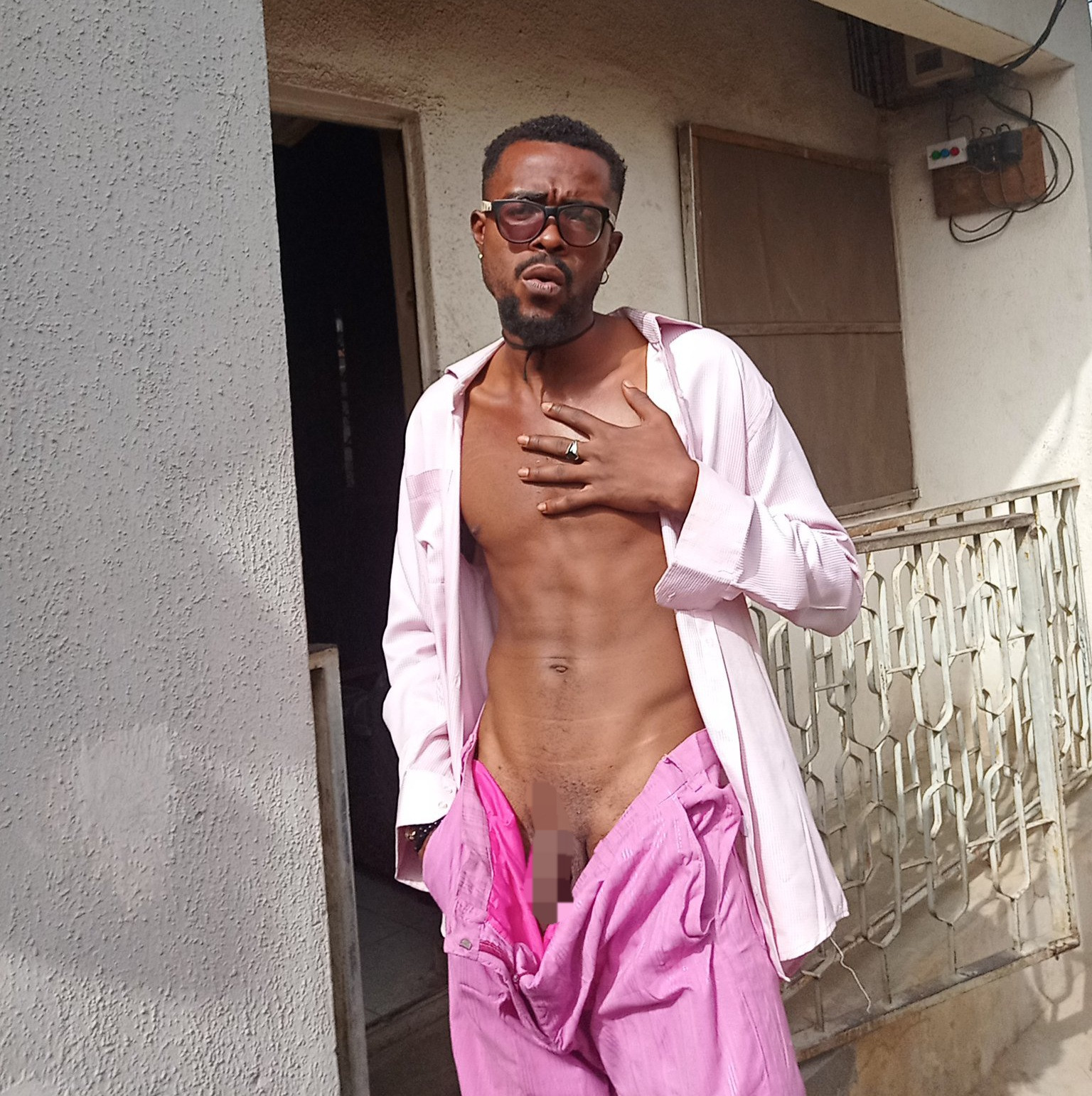 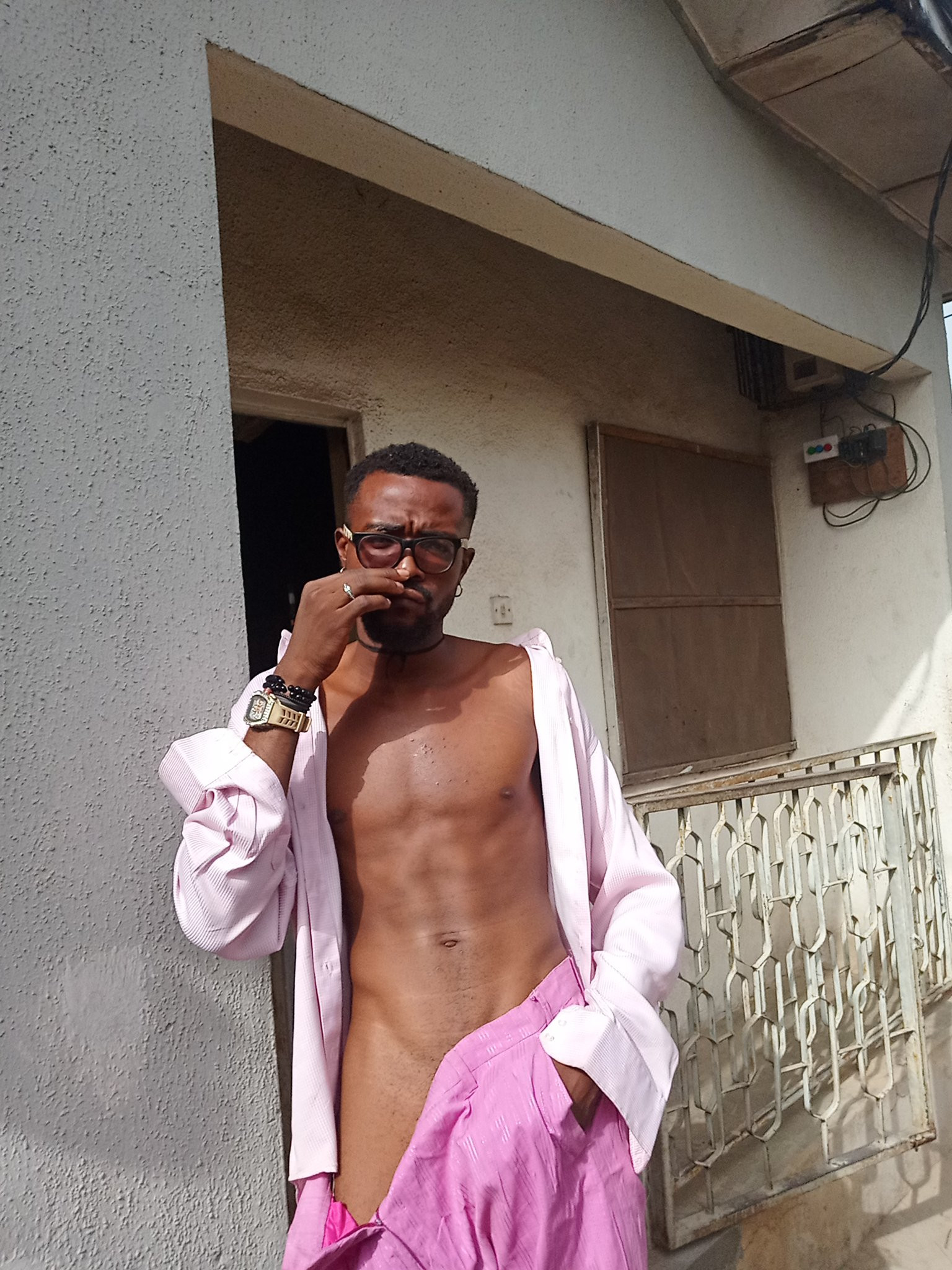 His post has sparked a debate about how far people are willing to go for Twitter engagements. 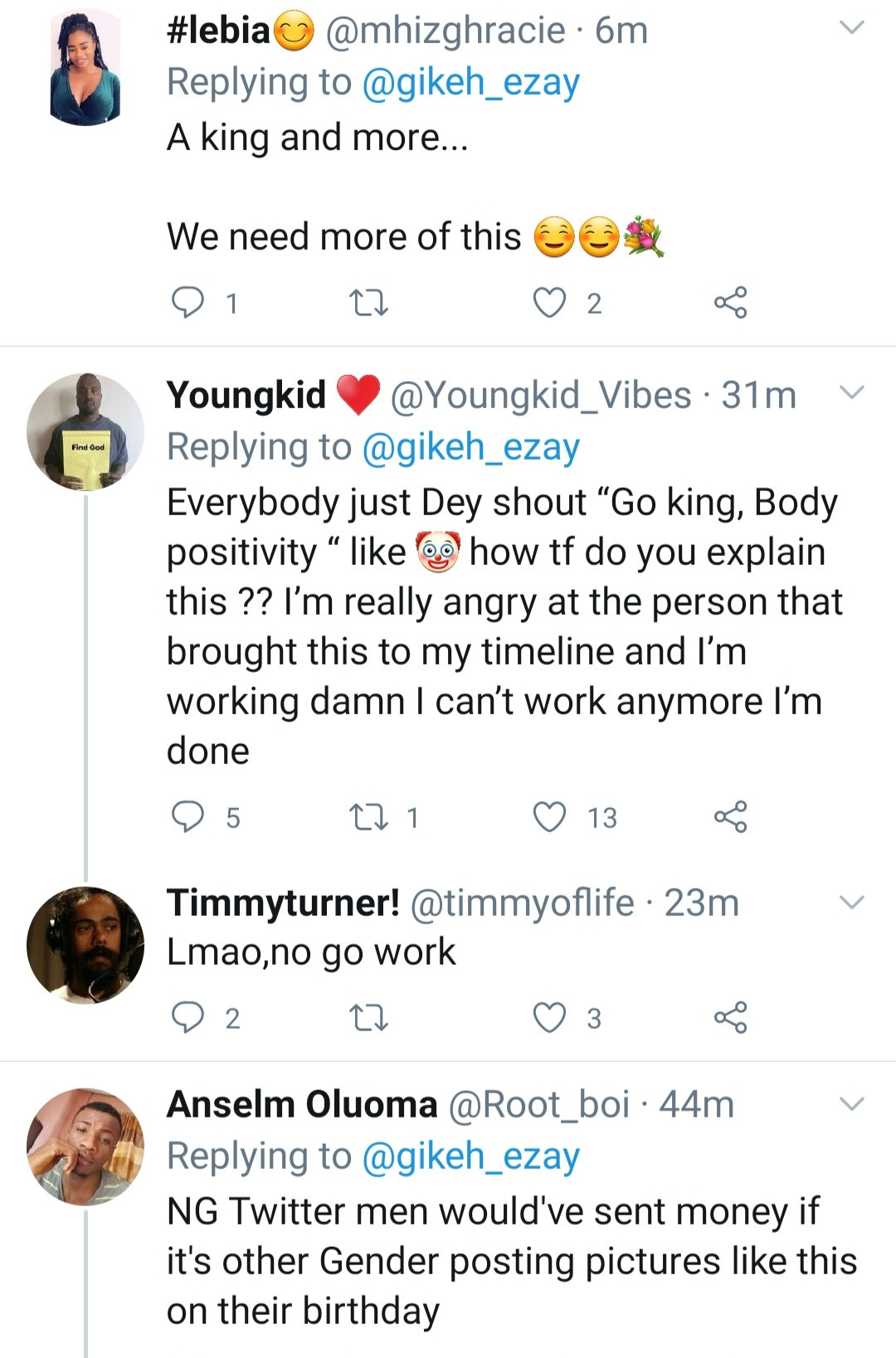 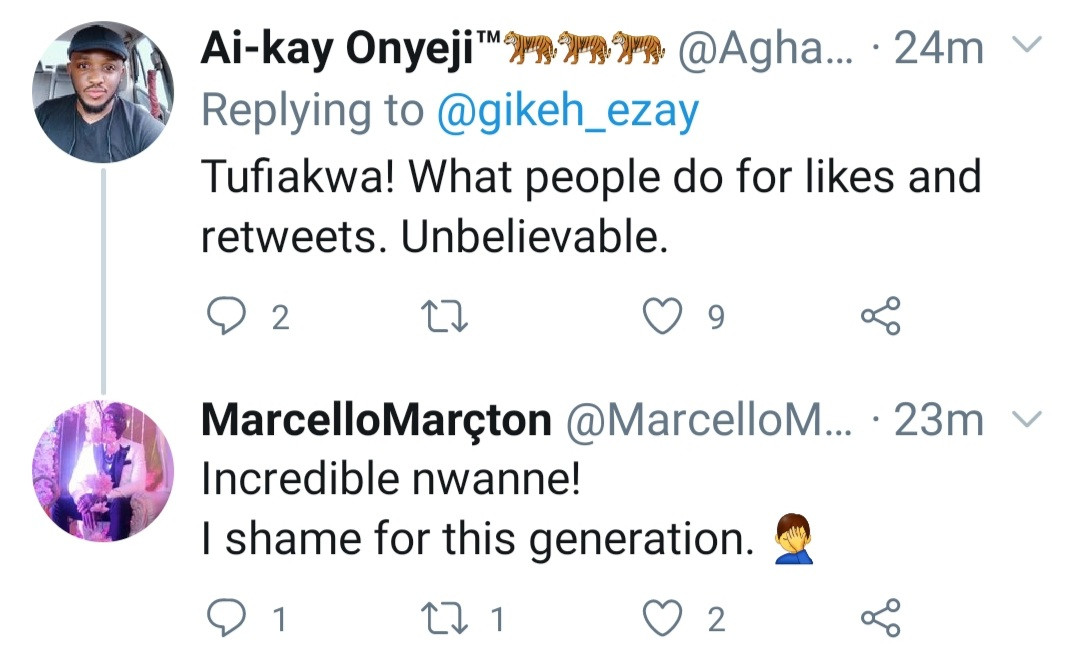 I’d first lick all the mud in Mile 12 before proposing... Man calls out his wife’s boyfriend for refusing to leave her...