A 29-year-old lawyer identified as Farida Sule Mohammed, was among those killed in the terrorist attack on a train along Abuja-Kaduna route on Monday March 28.

The deceased, said to be the daughter of the National Organizing Secretary of People’s Redemption Party, Mallam Sule Mohammed, was confirmed dead by her brother earlier on Twitter.

She was laid to rest at Yahaya Road Mosque in Kaduna at 4:pm on Tuesday, March 29, after a funeral prayer.

A friend, Zahida Barau described late Fahida as a good person with a good heart.

“Innalillahi wa inna alaihi rajiun. We lost Farida yesterday in the kaduna _Abuja train attack. I believe she’s in a better place now. she was a very good person with a good heart. Halinki nagari ya biki Farida. Allah ka isar mana . The blood of the innocent will never go in vain. Please pray for my friend” she wrote. 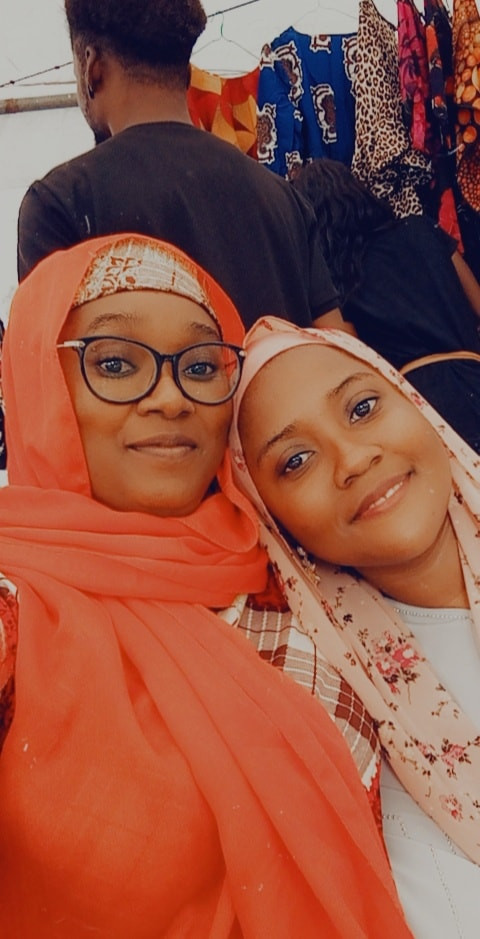 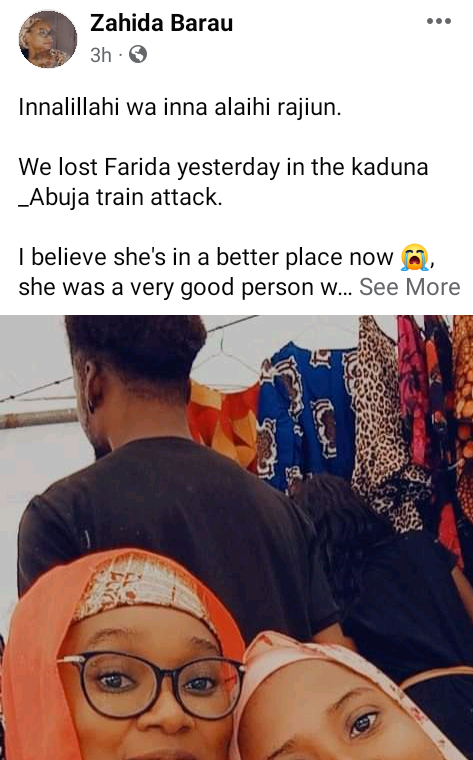 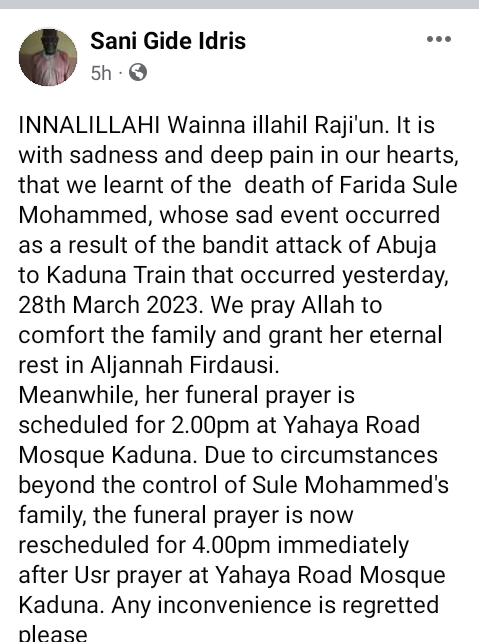 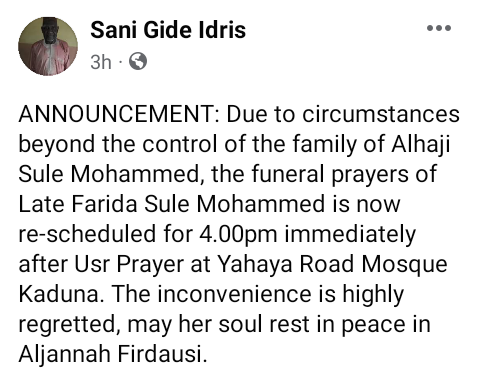 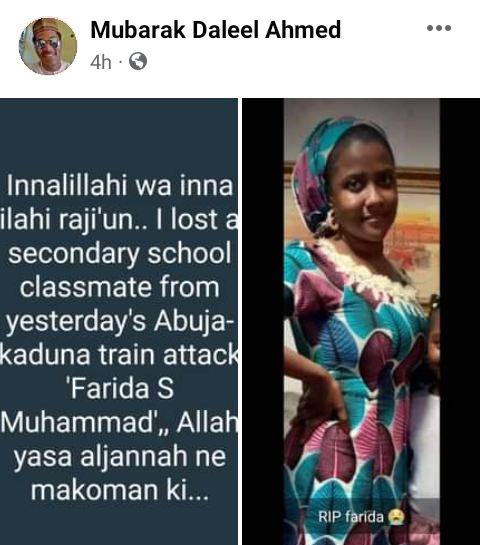