A woman who survived a bus attack has taken to Twitter to thank God while narrating how they were attacked.

She said they were travelling from Abuja to Lagos when armed men came out of nowhere and shot at the tyres of the commercial bus.

The driver stopped immediately and every passenger ran in different directions, with some unfortunate ones getting shot in the leg.

She ran into the bush and was eventually saved alongside 3 others. She said the other passengers were taken away by the bandits. She added that she finally got to Lagos by 2a.m the following day. 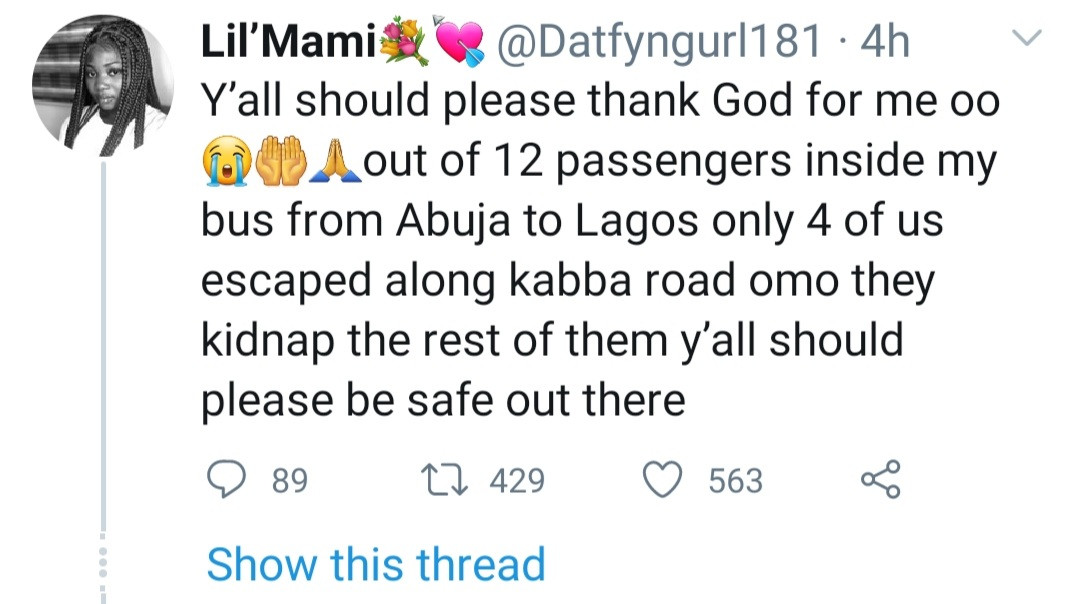 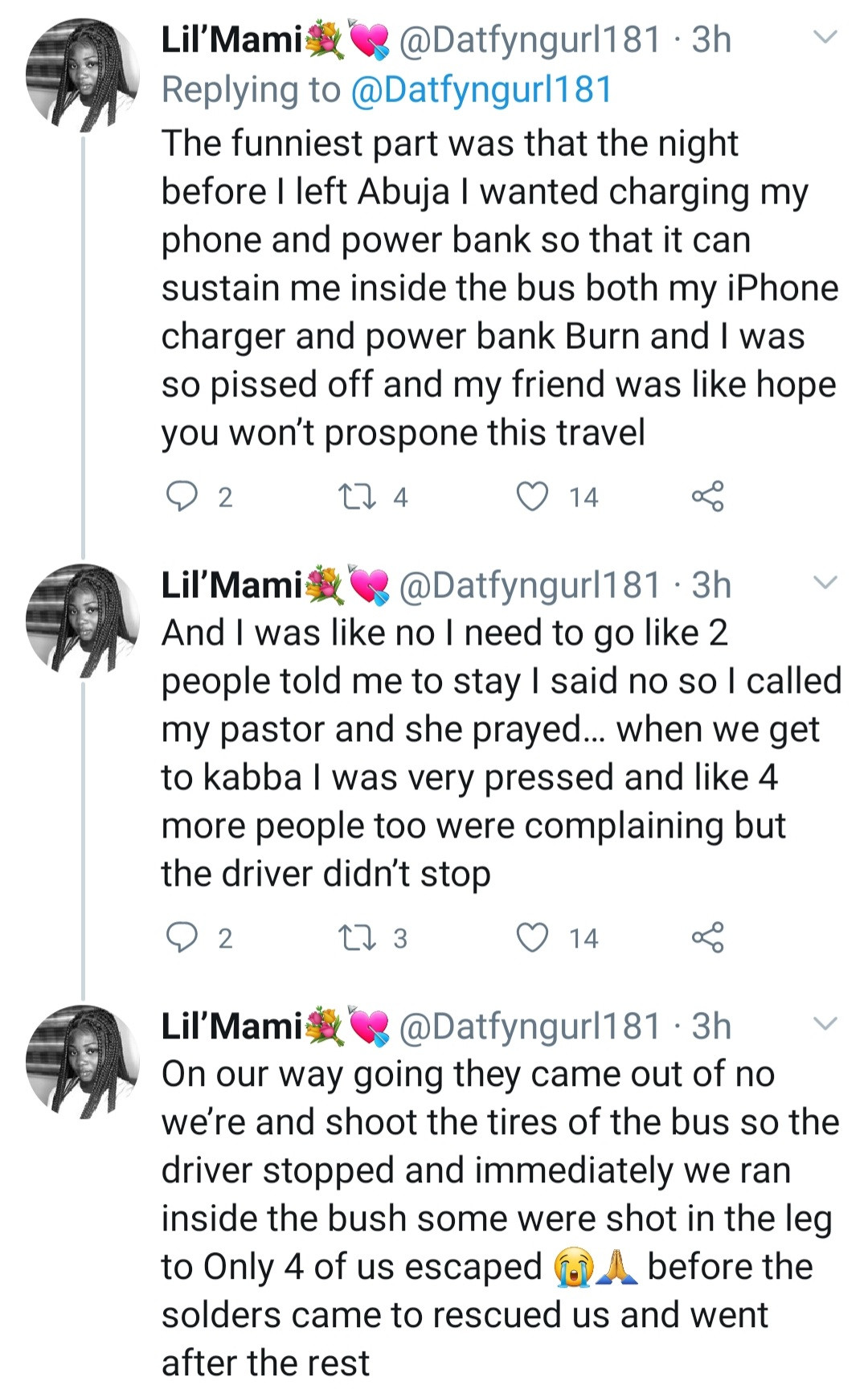