Popular Nigerian singer, David Adeleke, better known as Davido, has been featured on the official soundtrack for the 2022 World Cup in Qatar.

The DMW boss is on the track with American R&B singer, Trinidad Cardona and American singer, Aisha.

sharing the news, in a Twitter post, Davido wrote, “Who dey wamba, we still qualify las las. I’m honored to be featured on the Official ⁦@FIFAWorldCup ⁩ 2022 Soundtrack ! See y ’all later 2NITE ! This one is for Africa ! TULE!!!! 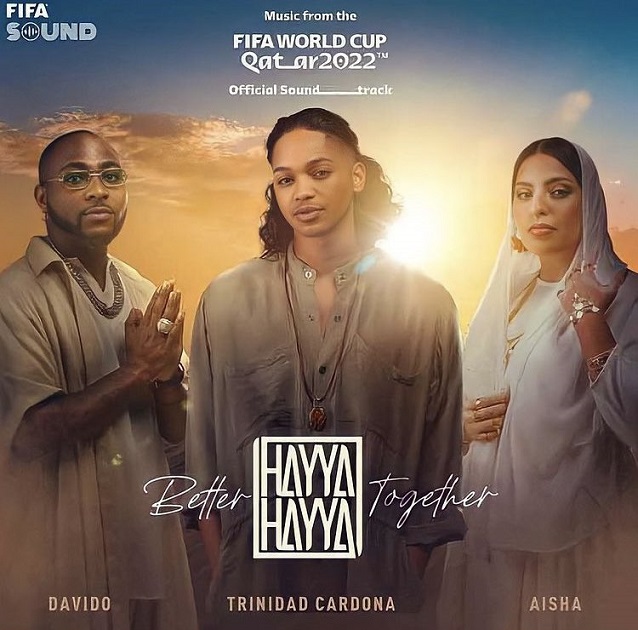 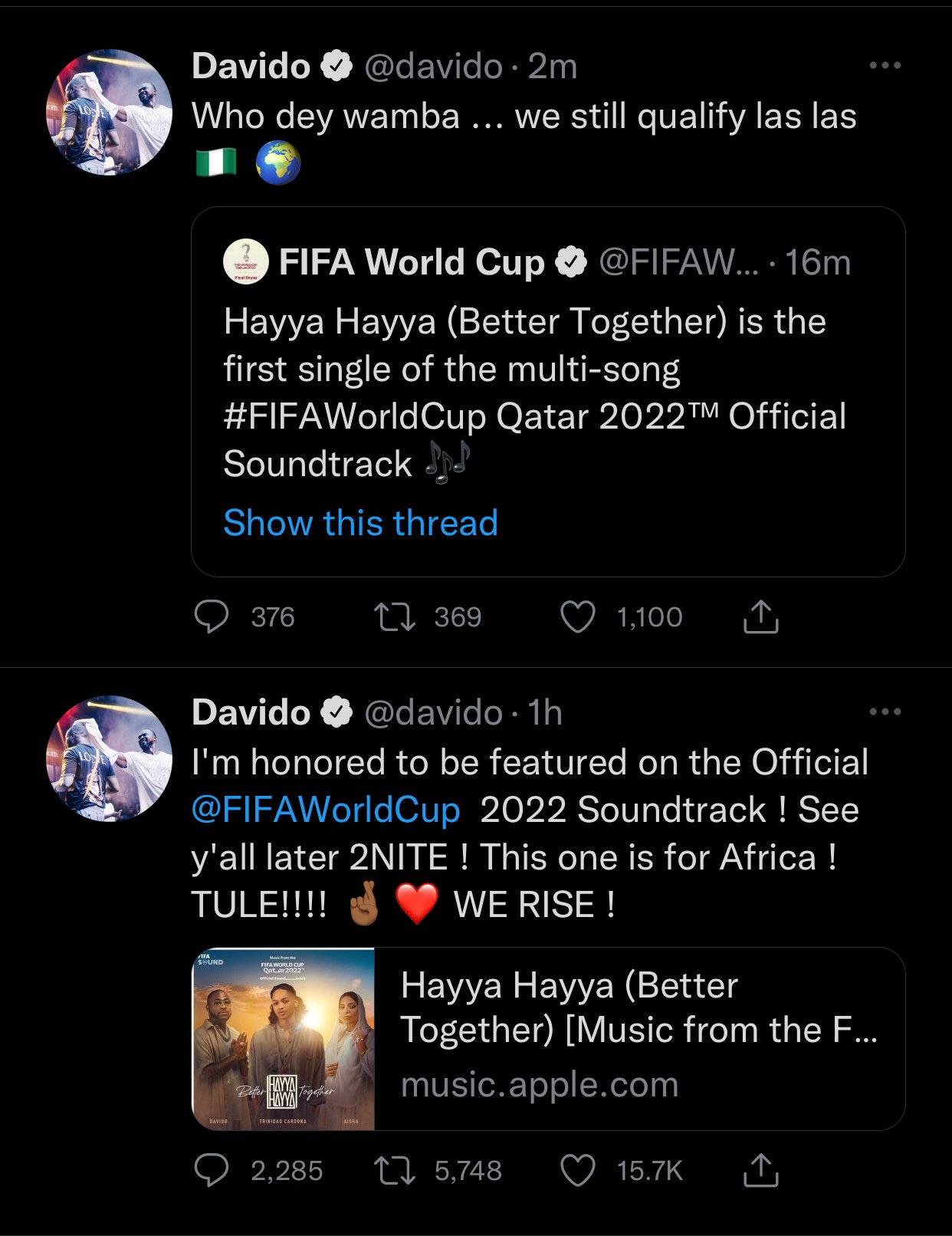 The soundtrack, titled Hayya Hayya (Better Together), is the first of a selection of singles to be released from the multi-song FIFA World Cup Qatar 2022TM Official Soundtrack. The soundtrack made its debut officially today, April 1, and will be performed live at the draw ceremony.

In other news, Tee Billz has praised award winning Nigerian Singer, Davido for his unmatched humility.

The Talent manager compared Davido to the late King of Pop, Michael Jackson and concluded that Davido beats the king of pop in the area of humility.

Teebillz added that if he had the type of money Davido has, he isn’t sure he’ll be humble like Davido.