Kayvon Beykpour, the company’s general manager, and Bruce Falck, Twitter’s head of revenue, announced on Thursday May 12, that they were let go by CEO Parag Agrawal.

Jay Sullivan, the head of consumer product, will take over Beykpour’s position.

Beykpour tweeted on Thursday that “this wasn’t my decision” and that Agrawal “asked me to leave after letting me know that he wants to take the team in a different direction.” 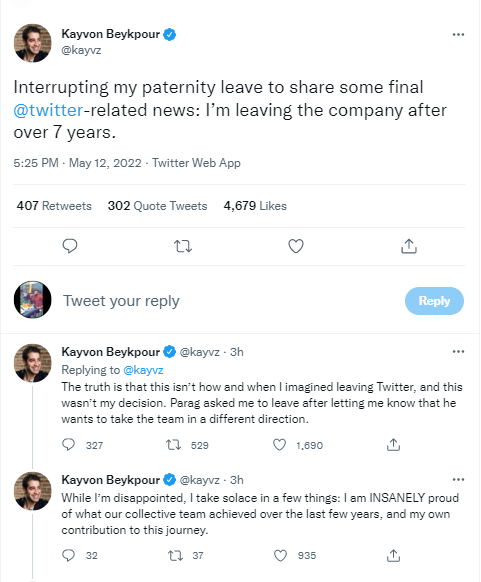 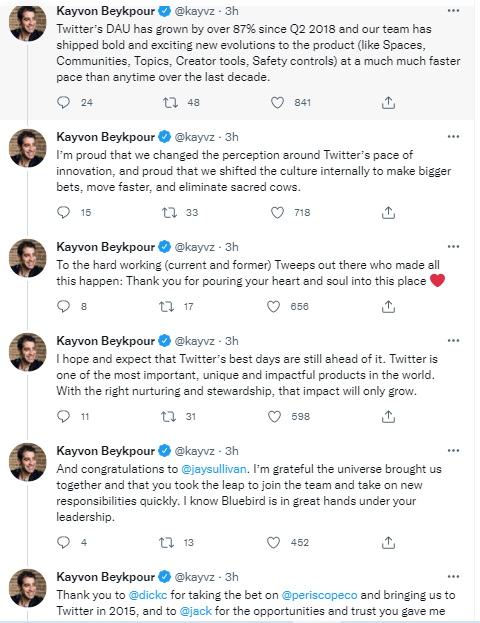 Falck also confirmed that he was “fired” by Agrawal in a tweet that was later deleted. 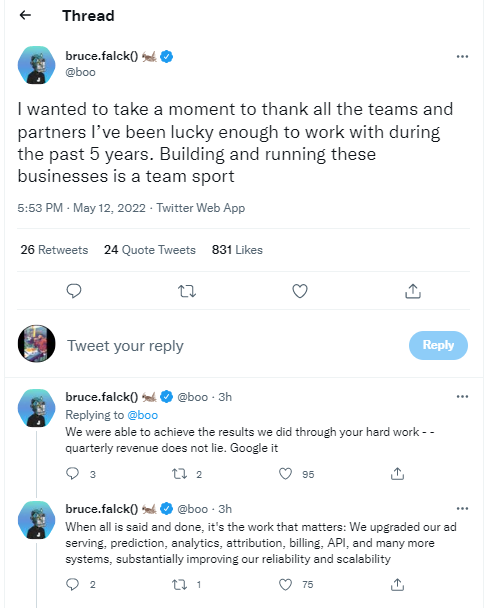 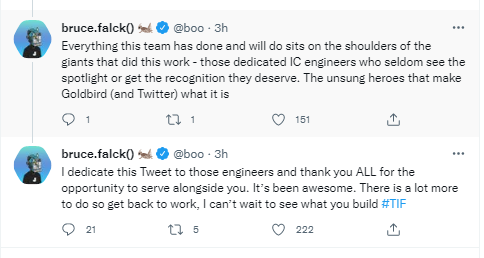 Tesla CEO Musk is expected to serve as CEO of Twitter once he takes over the company later this year after paying $44 billion to acquire the social media platform.

The billionaire has suggested he would change the platform’s content moderation policies, as well as implement ways to target crypto scams and make commercial and government users pay a fee for the service.

Photo of veteran actor, Pete Edochie, and his first son For the first time, Peter Obi condemns attack in the South...

‘Take this guy out’: US senator Graham calls for Putin’s assassination