Deborah was murdered at Shehu Shagari College of Education on Thursday morning for allegedly posting comments that blasphemed Prophet Mohammed.

Atiku, however, took to social media on Thursday evening to demand justice for Deborah.

“There can not be a justification for such gruesome murder. Deborah Yakubu was murdered, and all those behind her death must be brought to justice. My condolences to her family and friends,”

But the posts by Atiku were taken down after fanatics threatened his 2023 presidential ambition.

Most of the comments on the post on Facebook vowed that Atiku has lost the 2023 election for condemning the death of Deborah. 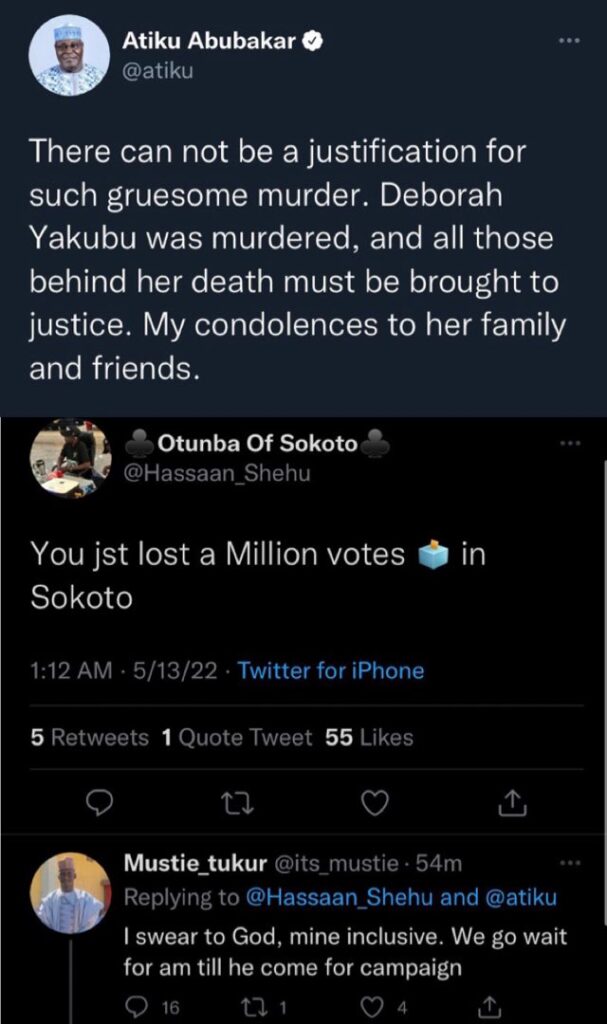 The post on Facebook was however deleted around 10:20 p.m, less than an hour after it was Published 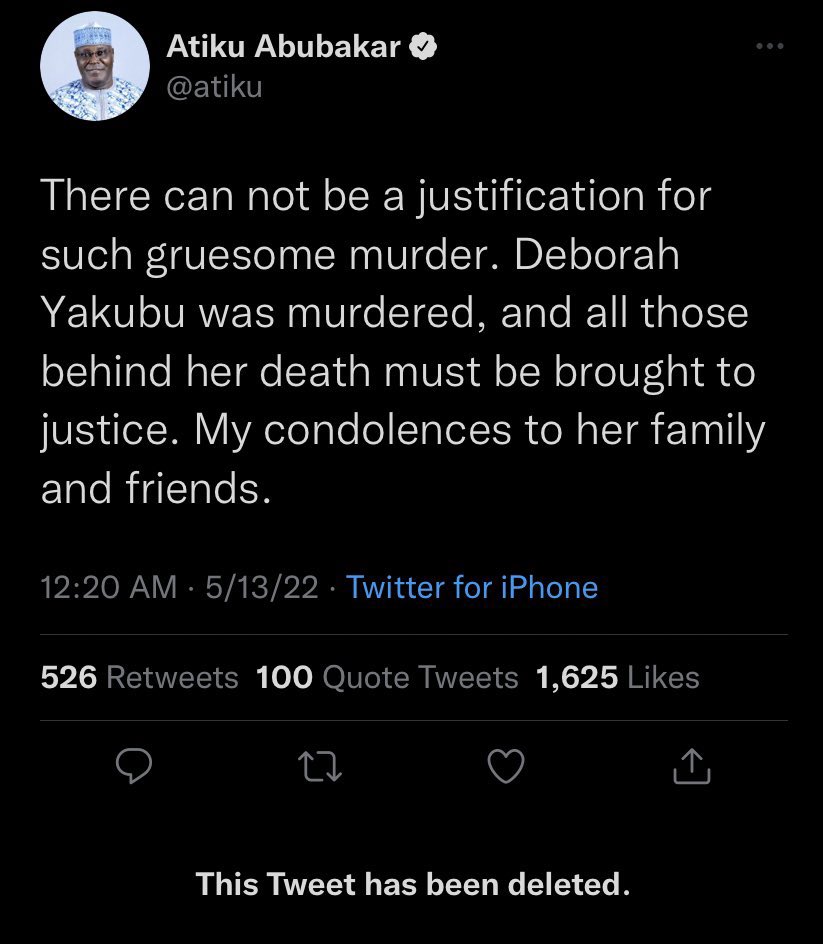 How EFCC double crossed and harasses an innocent Nigerian on his... Update: ‘How can Chrisland school do this?”- Ubi Franklin reveals name...