The General Overseer of the Redeemed Christian Church of God, Pastor Enoch Adeboye, has postponed the Light Up Sokoto Crusade scheduled to hold physically in the North-West state from May 16 to 17, 2022.

The 80-year-old cleric made the announcement on Monday in a social media post.

Instead, the physical crusade was held virtually, and members of the church were enjoined to join via social media platforms to pray for Sokoto.

Some Muslim youths had last Thursday stoned and burnt a 200-level Home Economics student of the Shehu Shagari College of Education in Sokoto, Deborah Yakubu, for alleged blasphemy of Prophet Muhammad.

The police arrested two suspects and protesters had on Saturday demanded their release.

The young demonstrators turned violent, vandalised, looted and burnt traders’ shops, churches and residential apartments perceived to be owned by Christians, even as the state governor, Aminu Tambuwal, imposed a curfew on the state.

Adeboye had been holding a series of crusades in states across Nigeria. 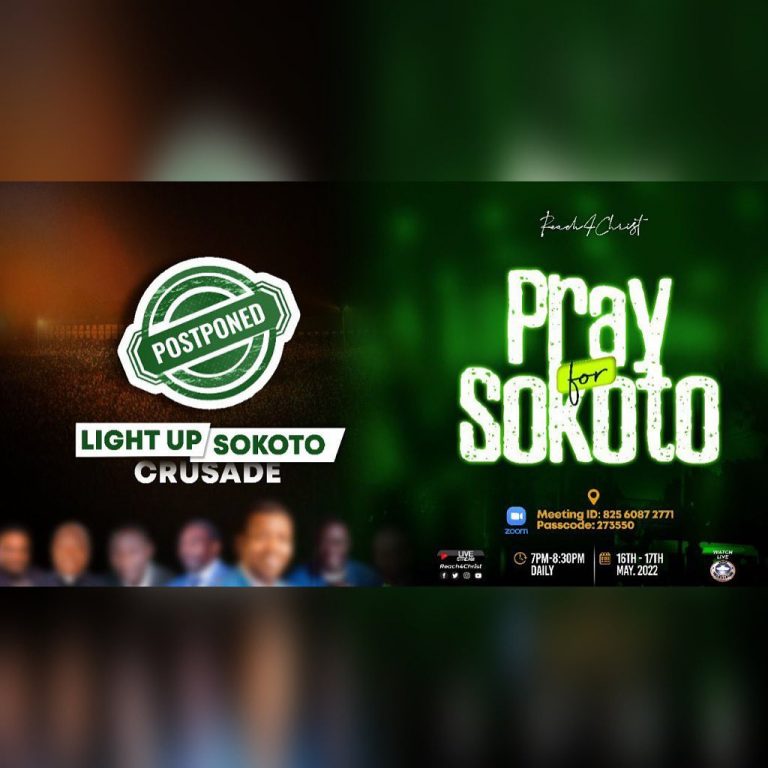 Adeboye, in a social media post, said though the physical gathering was postponed, the church would keep interceding for Sokoto.

He wrote, “Postponed but God turned it around. We Trust In Our God’s Big Picture Plan!

“When God turned again the captivity of Zion, we were like them that dream.

“We serve a God who specialises in using the impossible situation for His glory.

The Christian Association of Nigeria had called for a nationwide protest slated for May 22 to demand justice for the slain Sokoto student, even as her murder continued to attract widespread anger. Suspected kidnapper k!lled in shootout with police in Edo

Teenage girl escapes from captivity after being abducted by alleged suitor...