Nigerian youths came out massively and shut down Akwa Ibom in a mega rally for Yahaya Bello to become President.

According to reports, He has pulled more crowd than Peter Obi’s 1 million march for Obi, which took place on the 21st of May, 2022.

According to Ovienews, who posted this pictures via his twitter handle, he said,  “Meanwhile students protesting ASUU strike are beginning to use Kogi State as a reference for orderliness and lack of disruption.” 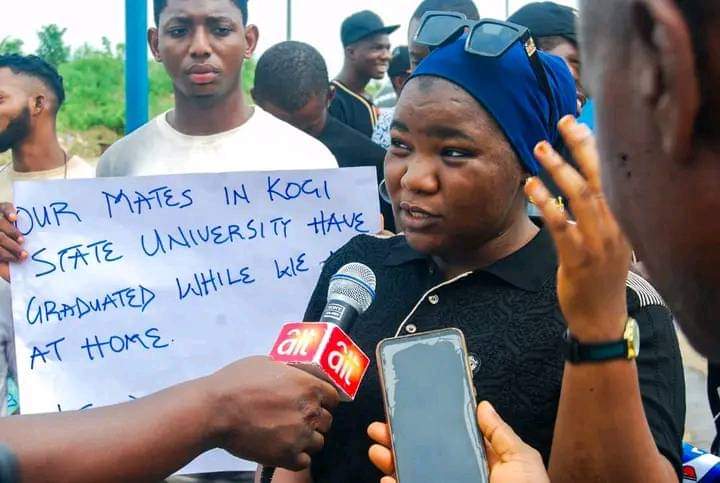 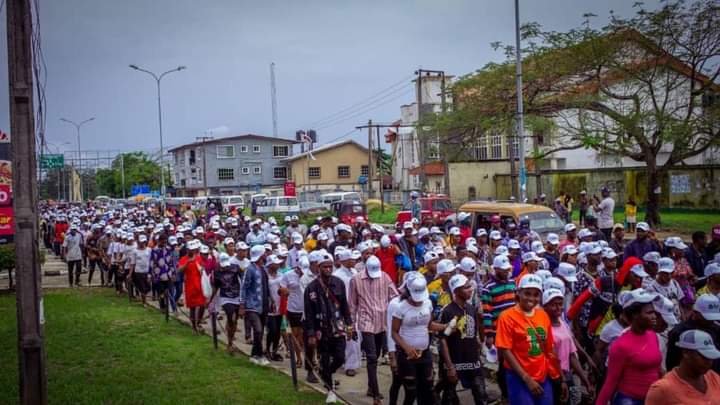 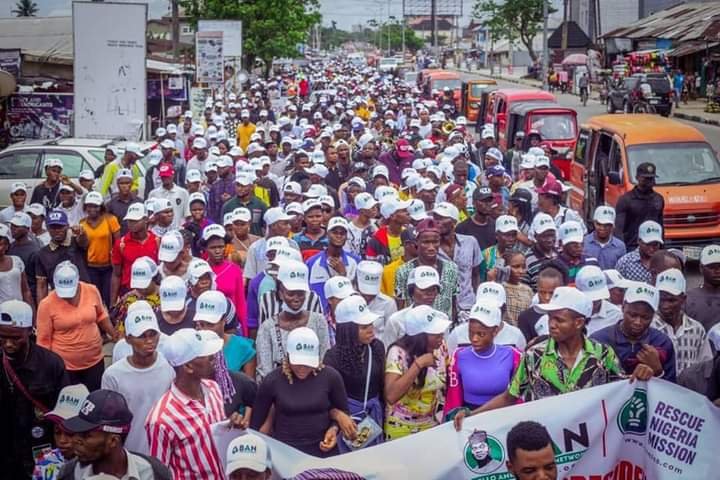 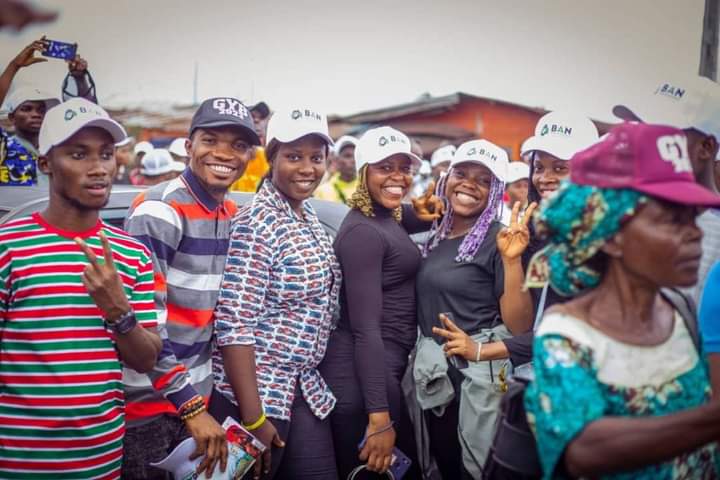 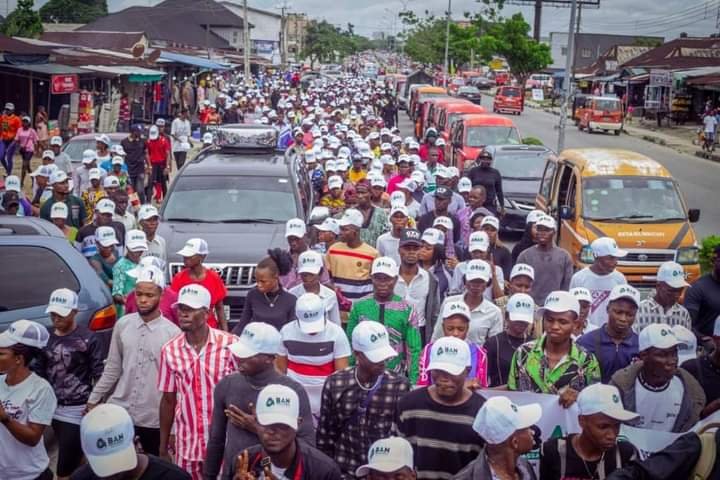 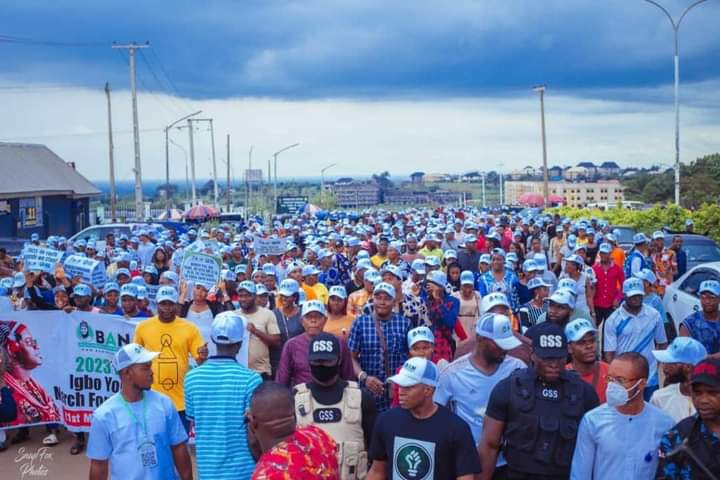 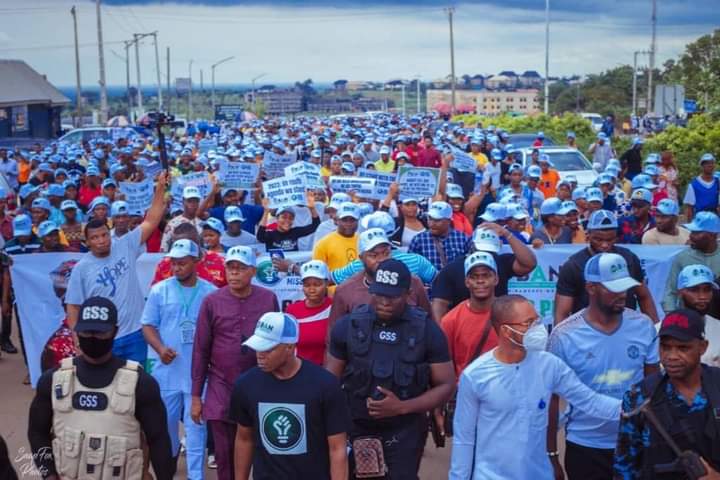 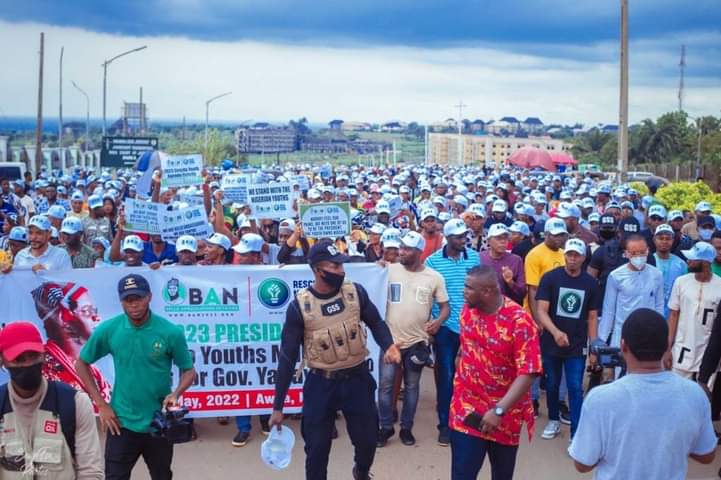 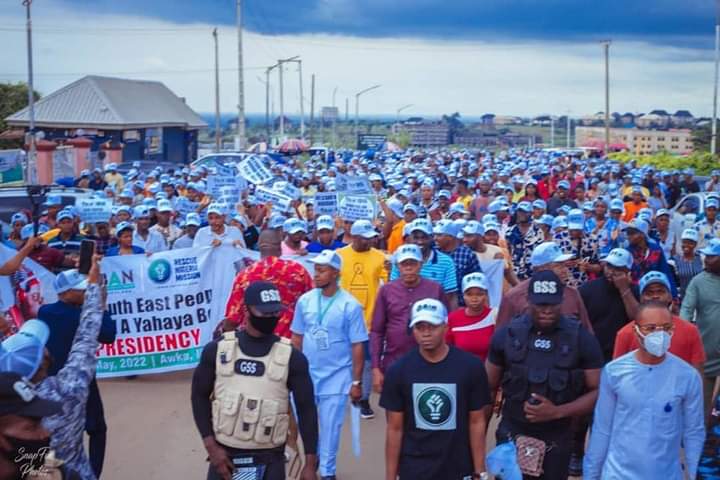