All Progressive Congress (APC) House of Assembly aspirant for Qua’pan South State Constituency of Plateau in the 2023 general elections, Hon. Na’anyil Magdalene Dakogol, has been kidnapped.

It was gathered that Hon. Dakogol was abducted in the early hours of Thursday, May 26, the day her party conducted the primaries.

According to Daily Trust, the victim was on her way to meet with delegates of the party ahead of the primaries scheduled to hold in Kwalla town of Qua’an Pan LGA, when she was kidnapped.

“The Honourable was to see a delegate on Wednesday but they gave her 5:30 am of Thursday for her to meet them,” a source from the area said.

Spokesperson of the State Police Command, Ubah Gabriel, who confirmed the development, said the commissioner of police had sent tactical team to rescue the victim. 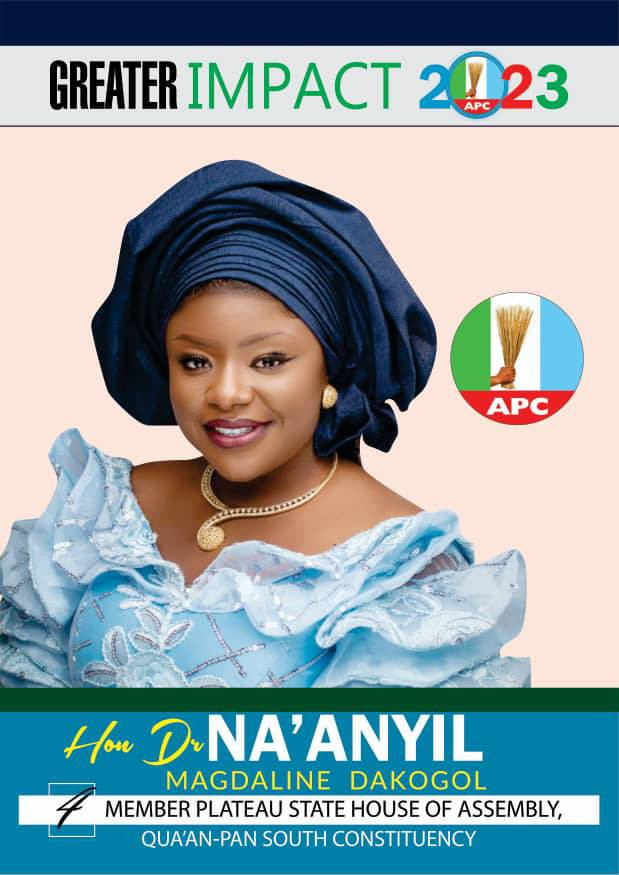 We are in talks – Spokesperson of National Consultative Forum, Dr....

2023 Presidency: Why Tinubu, Osinbajo are inseparable