A High Court sitting in Umuahia on Thursday disqualified a gubernatorial aspirant on the platform of All Progressive Congress, High Chief Ikechi Emenike, insisting that he’s not a member of the party.

Chinedum Nnoye, Ndem Chukwu and Lucky Uduma who are members and claimants in Suit No. HU/6/2022 of the party had earlier on Thursday approached the High Court to challenge the membership of Ikechi Emenike who is the first defendant, citing an earlier judgment which suspended the aspirant as a member of the party, and consequently rips him off the rights and privileges of membership according to the provisions and requirements of Article 21 of the 2014 of All Progressive Congress constitution (as amended).

Honorable Justice O. A Chijioke who upheld the suspension ordered that according to Article 9.3 of the 2014 All Progressive Congress of the 2014 of the All Progressive Congress Constitution (as amended), the second defendant which is the party itself breached the provision of its constitution by continuing to deal with, recognize and parade the first defendant while he is still on suspension, including recommending him for appointments to organizations, agencies and bodies to which is only entitled to lawful members.

The court upon that gave an injunction to the aspirant to stop parading himself as a member and aspirant under the platform of the party. 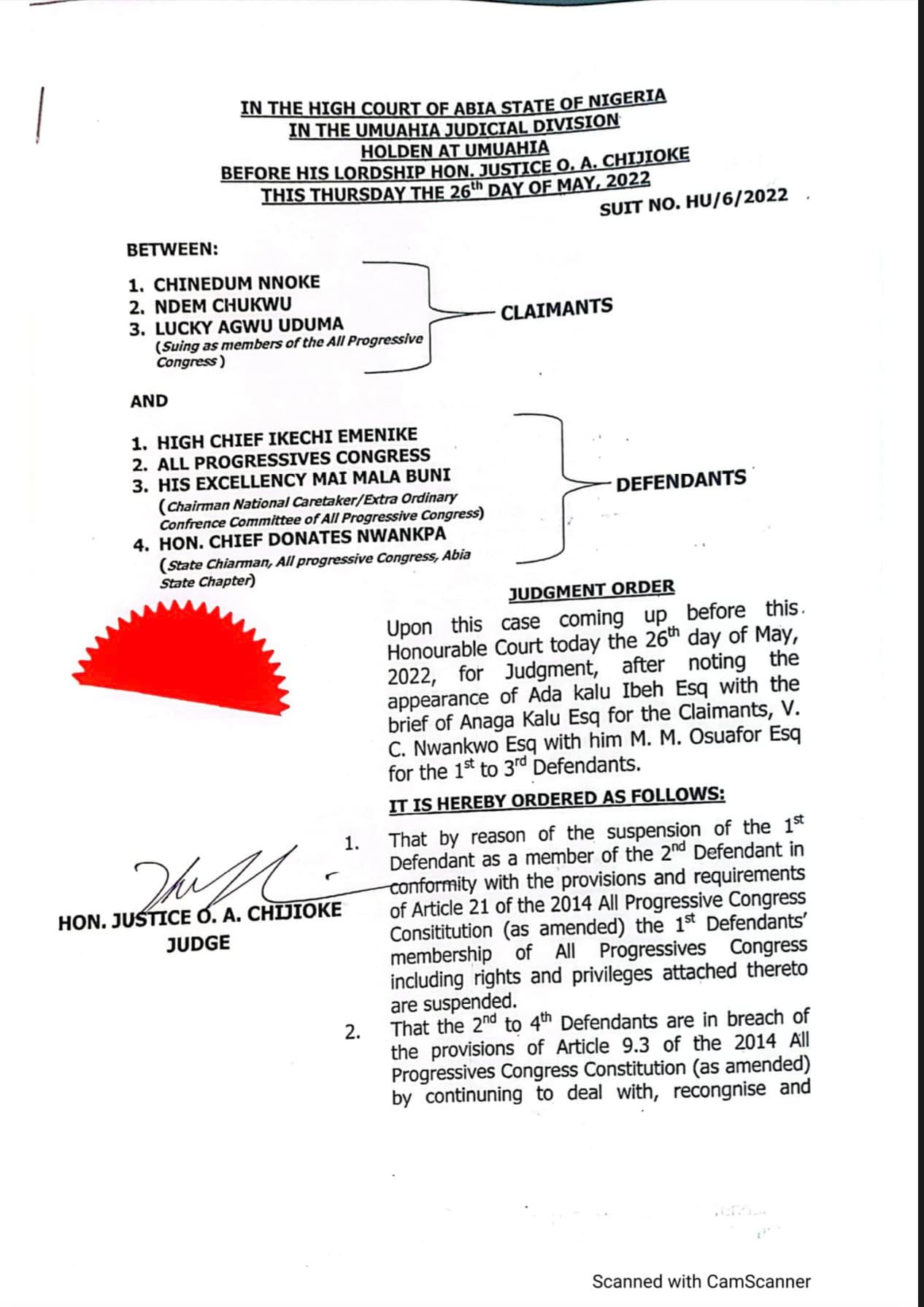 Related Post  Nigeria needs president with enough stamina, not one who‘ll depend on aides only – Saraki

2023: Ohanaeze warned to stop begging, blackmailing aspirants from other regions

BREAKING: Nigeria’s insecurity: I won’t resign, saboteurs after my govt –...