International celebrated artist, David Adeleke, better known as Davido has blown hot after he was denied complete payment before performing at a concert in Italy.

The Afrobeat star took to his Instagram stories to lament extensively while recounting the difficulties he encountered during his journey down to Italy only for the show promoter to say that he doesn’t have his balance yet.

Davido who was enraged by this averred that seven thousand tickets were sold yet the promoter claims he doesn’t have the money.

OBO who displayed rare compassion however stated that for the sake of the fans who sometimes use their very last cash to watch him perform, he will conduct the show. 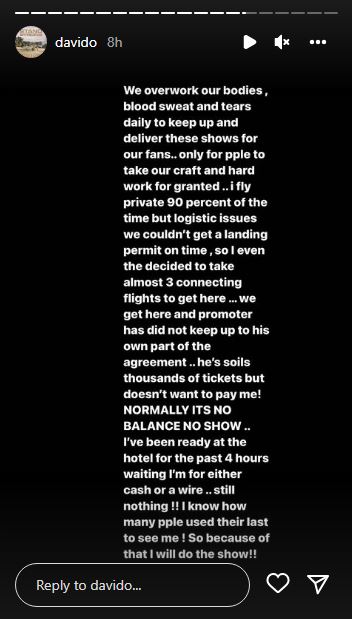 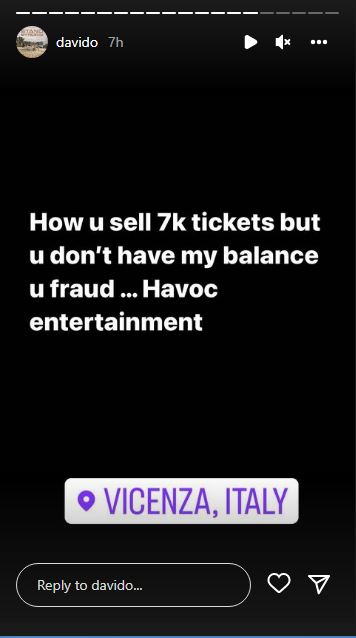 Housewife on the run after killing husband with hot water while...