Annie Idibia’s management has released a statement with regards to the Instagram glitch that made it look like the actress unfollowed her husband Tuface Idibia on Instagram.

This statement comes after Annie said she didn’t unfollow Tuface and an Instagram glitch was what made it seem so.

The actress’ management reiterated her words that the problem was caused by a glitch.

Due to this glitch, the actress has noticed “an inexplicable decline in following” and this has been going on for several month.

Annie’s management also said that several accounts have been unfollowed by her account without any explanation.

“At no time did Annie unintentionally unfollow Tuface,” the statement from Annie’s management adds.

The statement also made it clear that “Annie and Tuface remain committed to their marriage and the care of their children.”

Speculations that the couple are experiencing crisis in their marriage have been described as “falsehood”. 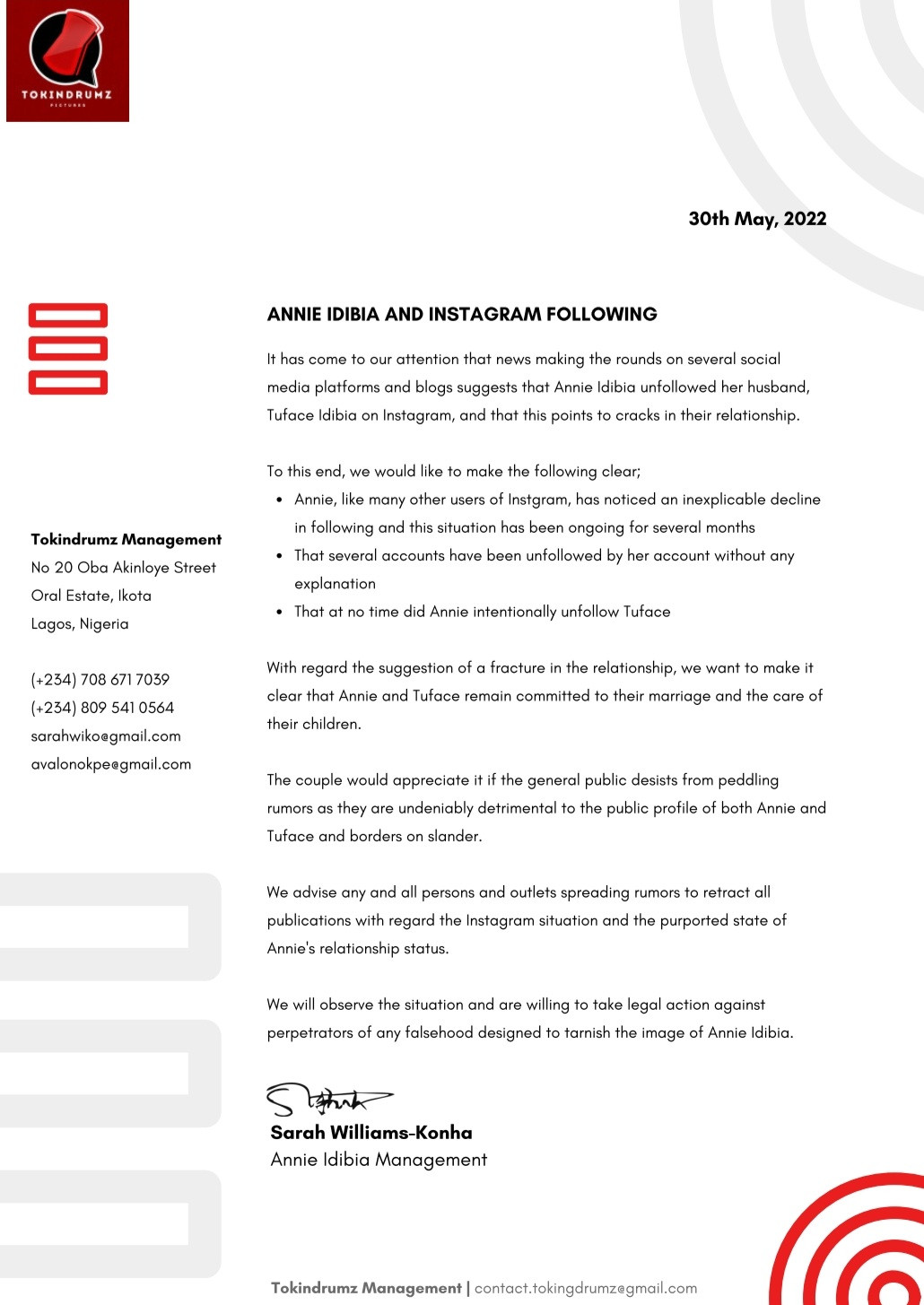 Related Post  The way some married women cheat on their husbands especially in Lekki is alarming - Businesswoman, Sandra Iheuwa says

“We did not ask for contributions from Nigerians” — Rotimi Amaechi That Is Not The Official Car Of President Buhari – Bashir...