A PDP delegate, Mr. Tanko Rossi Sabo has redeemed his promise, that he will share part of the money he got as a reward, to his community.

Tanko, who was part of the delegates that voted during the PDP Presidential primaries has shared the reward he got, to the less privileged in his community in Sanga LGA of Kaduna state

According to a twitter user who posted the information through his handle, @Ayofeliberator said,

Mr. Tanko Rossi Sabo, a PDP delegate who came back with the money he got had shared it all with his community in Sanga LGA of Kaduna state.

According to a former SA Media to late Governor Yakowa of Kaduna State, Reuben Buhari, Sabo spent N7 million alone on the less privileged in his community.

” He bought jerseys, paid school fees and hospital fees. He distributed the rest to other support groups.”

PDP National delegates, before the PDP primary, he promised his LG that if they vote him as national deligate, more than 50% of what he gets as reward shall be given back to the society
He has redeem his pledges 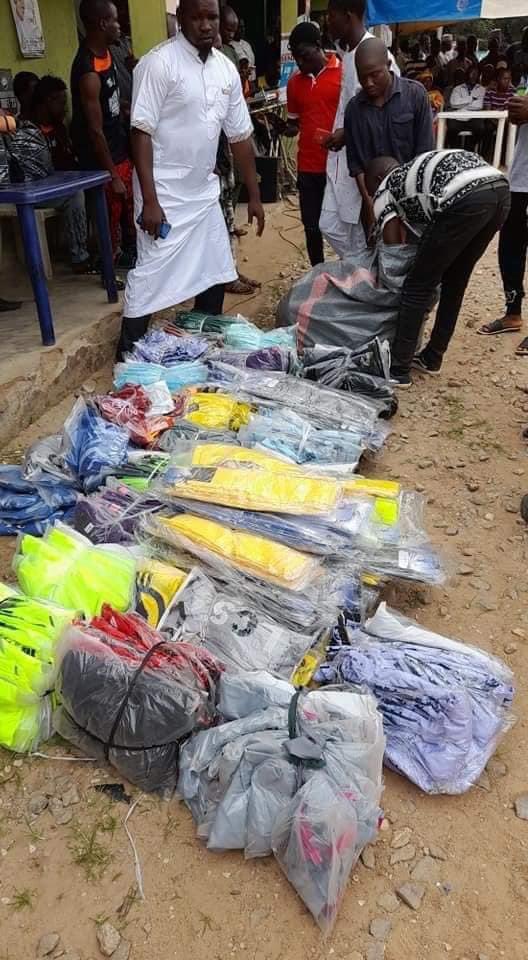