Nigerians on Twitter have expressed their displeasure at the government of the day after President Buhari hosted APC leaders to dinner hours after Owo church massacre.

Recall that unknown gunmen stormed the St Francis Catholic church in Owo on Sunday morning June 5, and opened fire on the worshippers, killing over 50 persons including children. 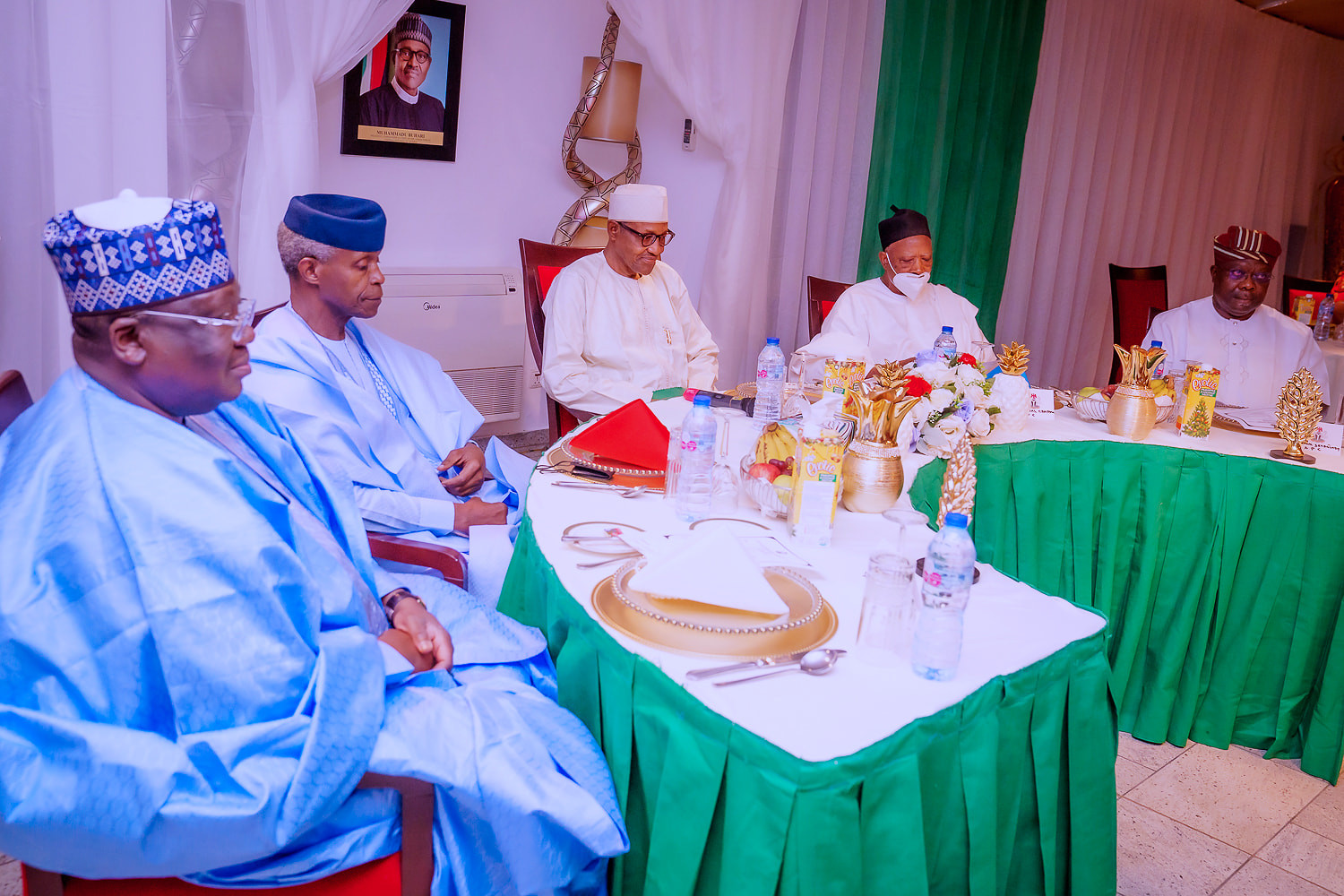 Hours after the incident, President Buhari hosted APC leaders for a dinner at the statehouse Abuja as the party gears up for his convention slated to hold from June 6th to 8th.

Some Nigerians on Twitter opined that it was insensitive to host a dinner when citizens were murdered inside a church, while some said the meeting must be have been fixed prior to the unfortunately incident, hence could not be cancelled.  Others stated that the dinner should have been cancelled.

See the varying reactions below. 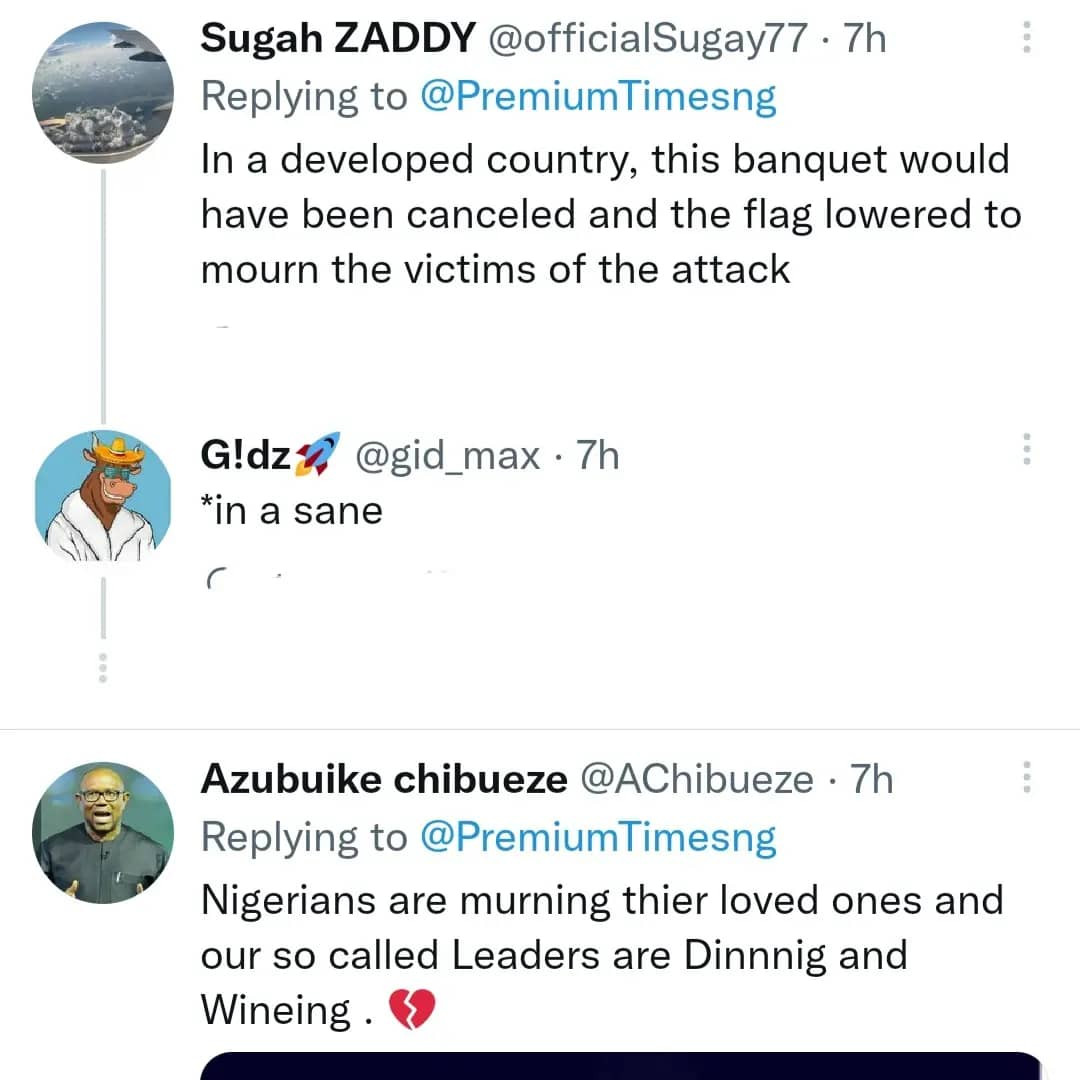 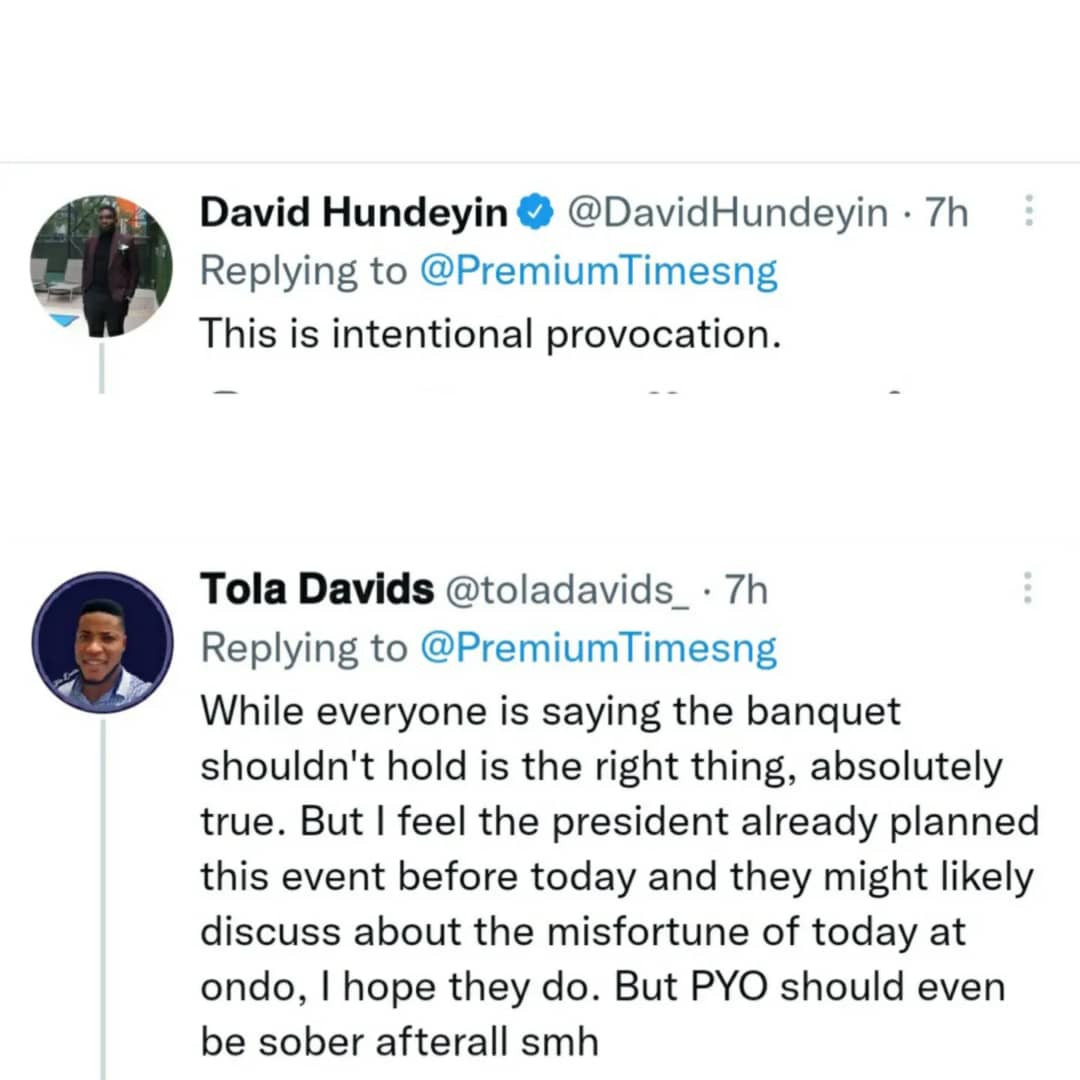 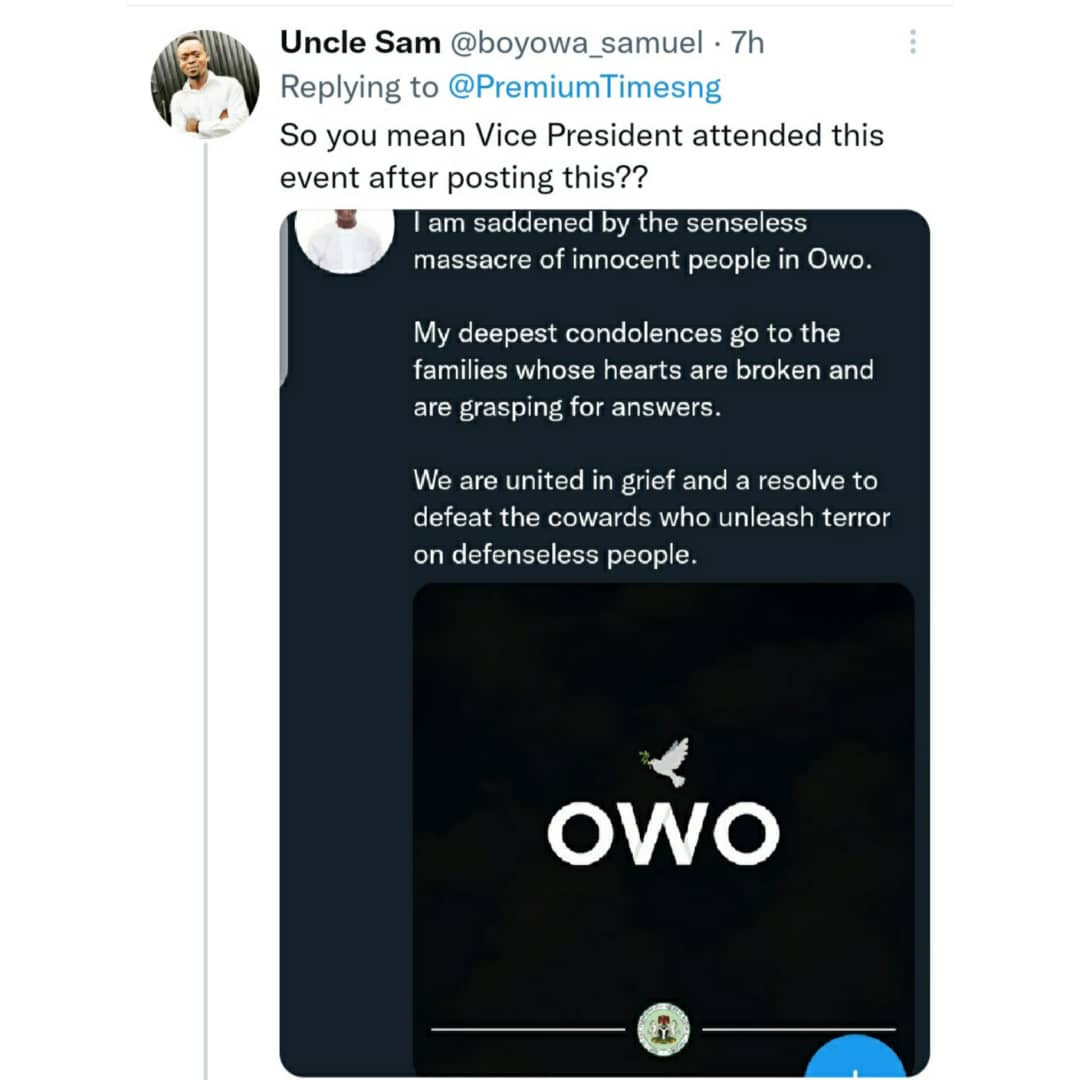 Watch a video clip from the dinner below.

“My husband wants to kill me” – Nigerian woman cries out... Trending video of Nigerian couple who turned their wedding reception into...