Popular Togolese TikTok star, Kelly Bhadie, has reacted to the leak of a s3x tape that social media users claimed involved her.

Last week, a video surfaced and went viral on social media in which a lady with a striking resemblance to Kelly was seen enjoying her moment with a man.

A huge number of users had claimed the lady in the video was the TikTok star. 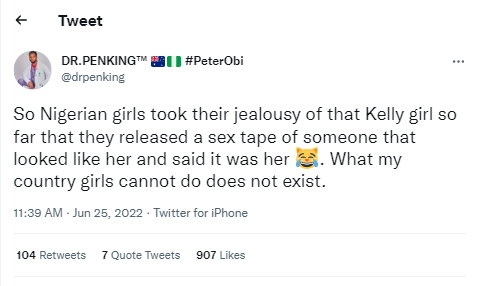 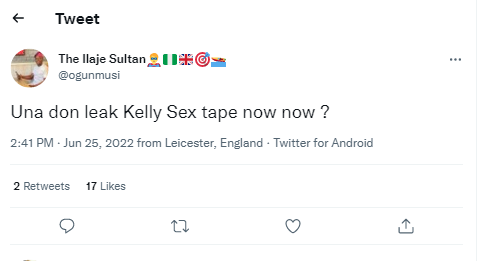 Reacting to the claims in a recent TikTok video, Kelly said she is unperturbed about what people are saying.

“Idgaf (I don’t give a f**k) what nobody says,” read the caption of her video.

The social media influencer had earlier said she isn’t the one in the viral s3x tape.

Last month, the social media star broke the internet with her sensational videos and her style of dance.

And since then, the dark-skinned and curvy lady’s popularity on TikTok and Instagram has continued to rise at an exponential rate.

Her fan base is growing on a daily basis. She has also become the envy of her colleagues on the platforms.

Watch the video below;

“IDGAF what nobody say” – TikTok rising star, Kelly reacts to the leak of her alleged sex tape. pic.twitter.com/IHBaKSYYVe Super Eagles of Nigeria fail to qualify for 2022 World Cup