Recall that in October 2019, socialite Cubana Chiefpriest accused Maria of snatching his sister’s husband, Kevin. He made the allegation on Instagram after Maria left the Big Brother house and was in Dubai with Kevin where they are based. 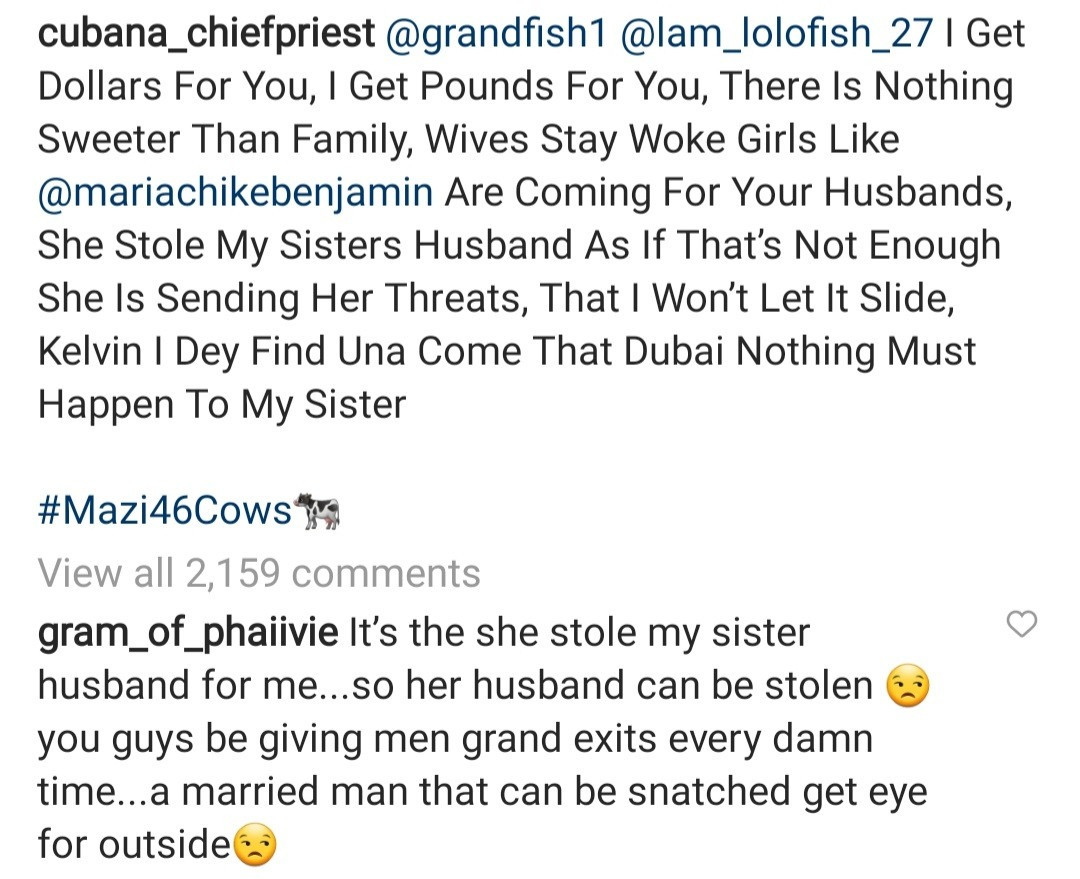 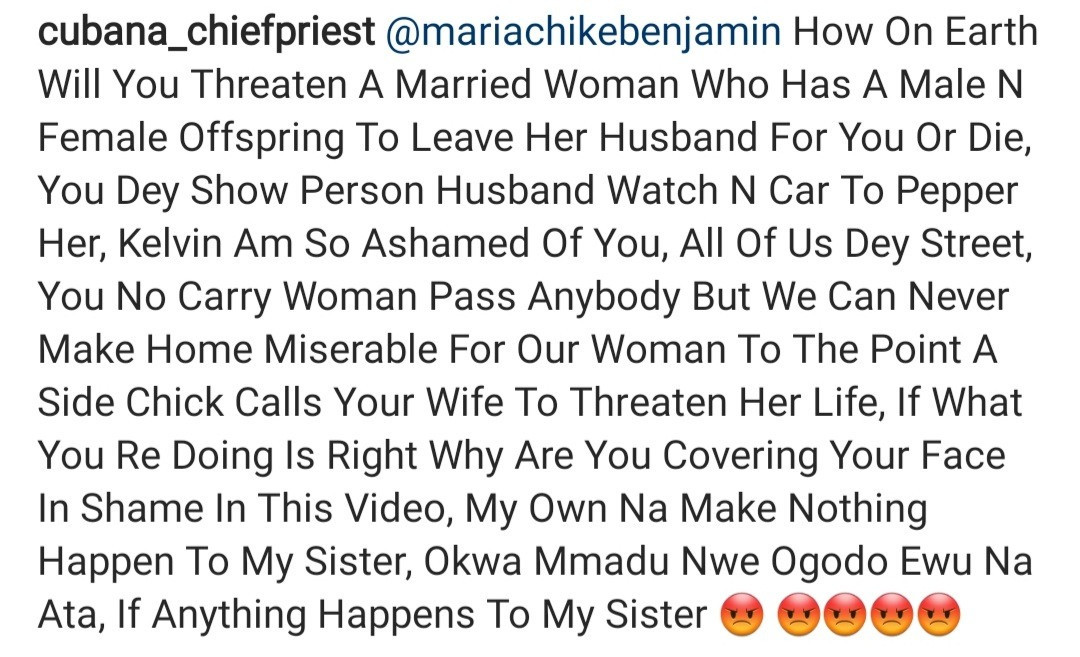 Up until this evening, Maria who is currently on holiday in Greece never denied or confirmed the allegation.

In a tweet thread this evening, Maria pointed out that she never snatched anyone’s husband nor did she break any home.

See her tweets below… 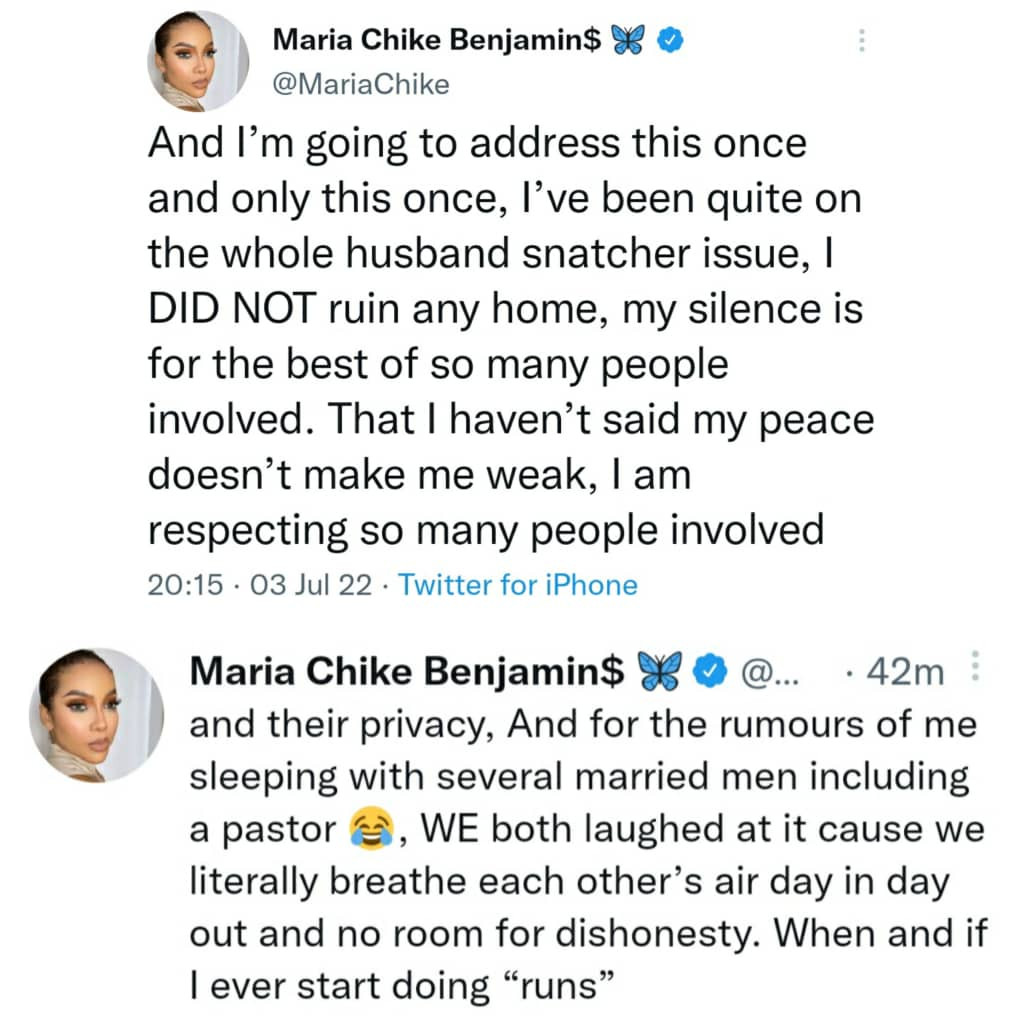 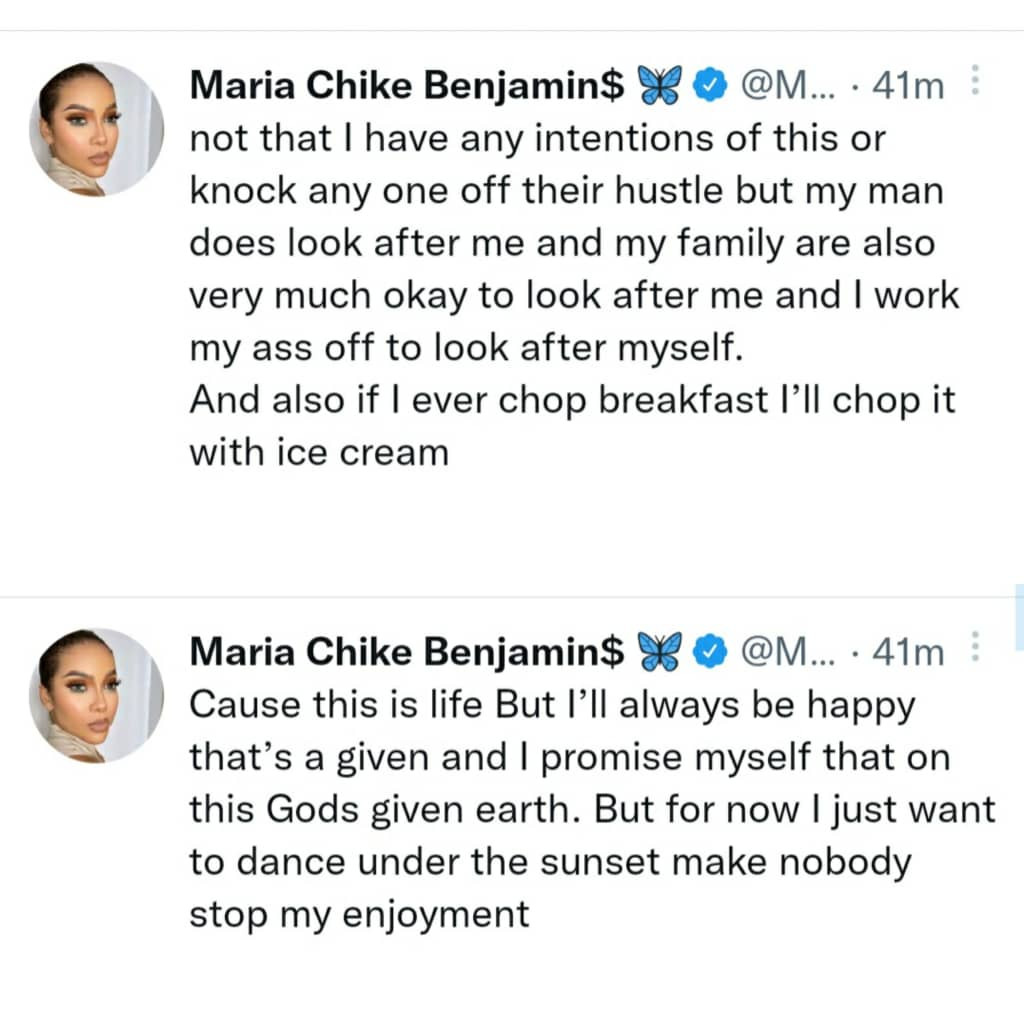 Maria also mentioned that she isn’t interested in marriage 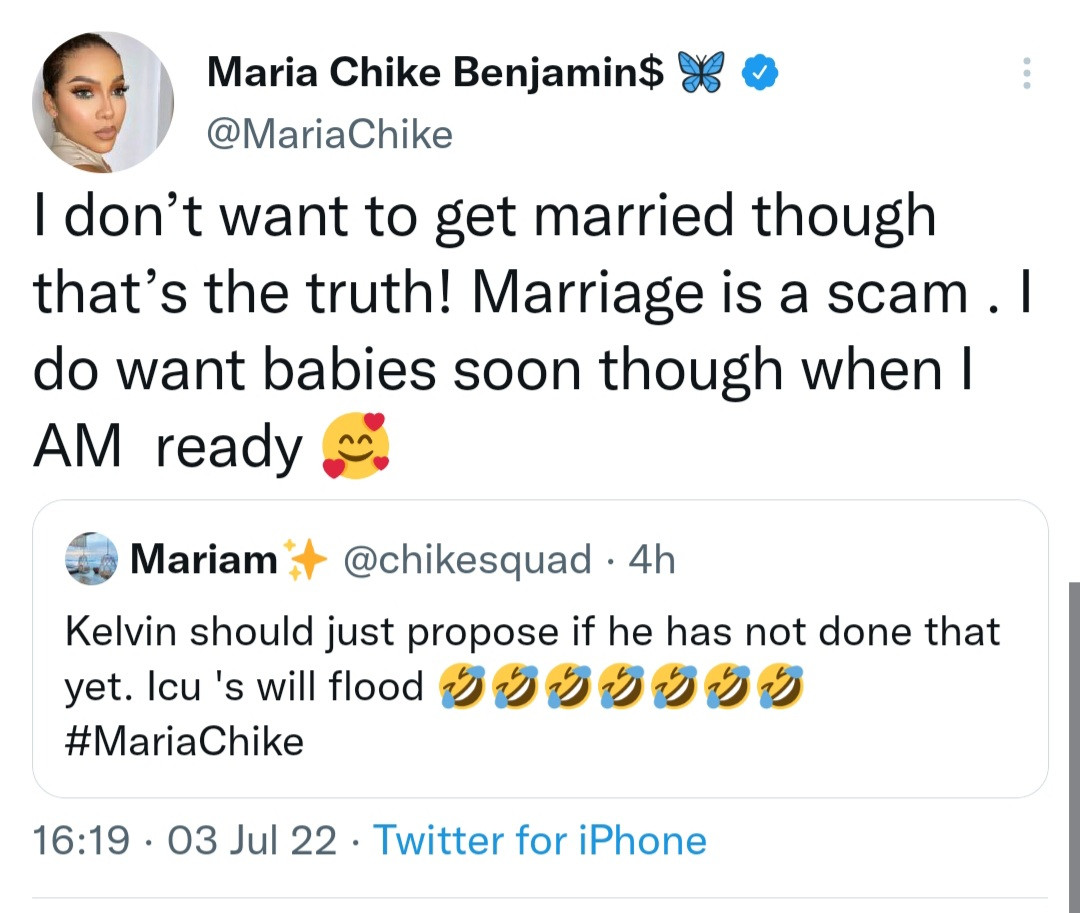 PHOTO NEWS: Youth took to the street of Lagos for the...