Actress M.O. Bimpe has responded to the s3x for roles allegations between her and Yomi Fabiyi.

The actress, who recently got married to actor Lateef Adedimeji, was asked by a fan to address the allegation that she fell out with actor Yomi Fabiyi because he demanded s3x from her for a role.

Bimpe said the allegations are not true and he didn’t ask her out until they finished the movie they were both working on.

However, she said he told her that if he knew she would turn him down, then he would have asked her out before they shot the movie.

She added that when he asked her out, he insisted in either dating her or being enemies with her, so she made her choice. 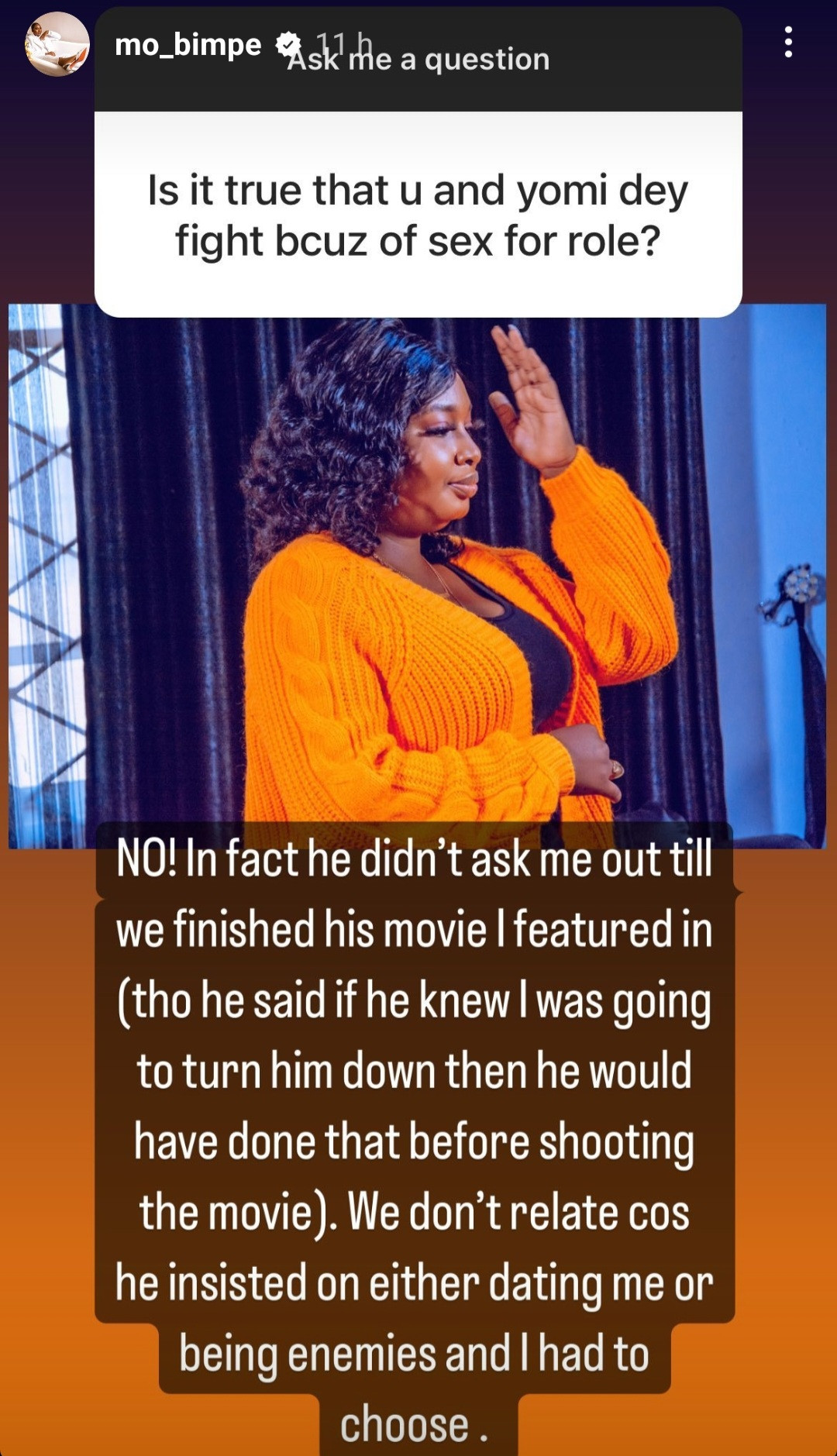 “Many Nigerian men are married to lesbian women and they don’t...