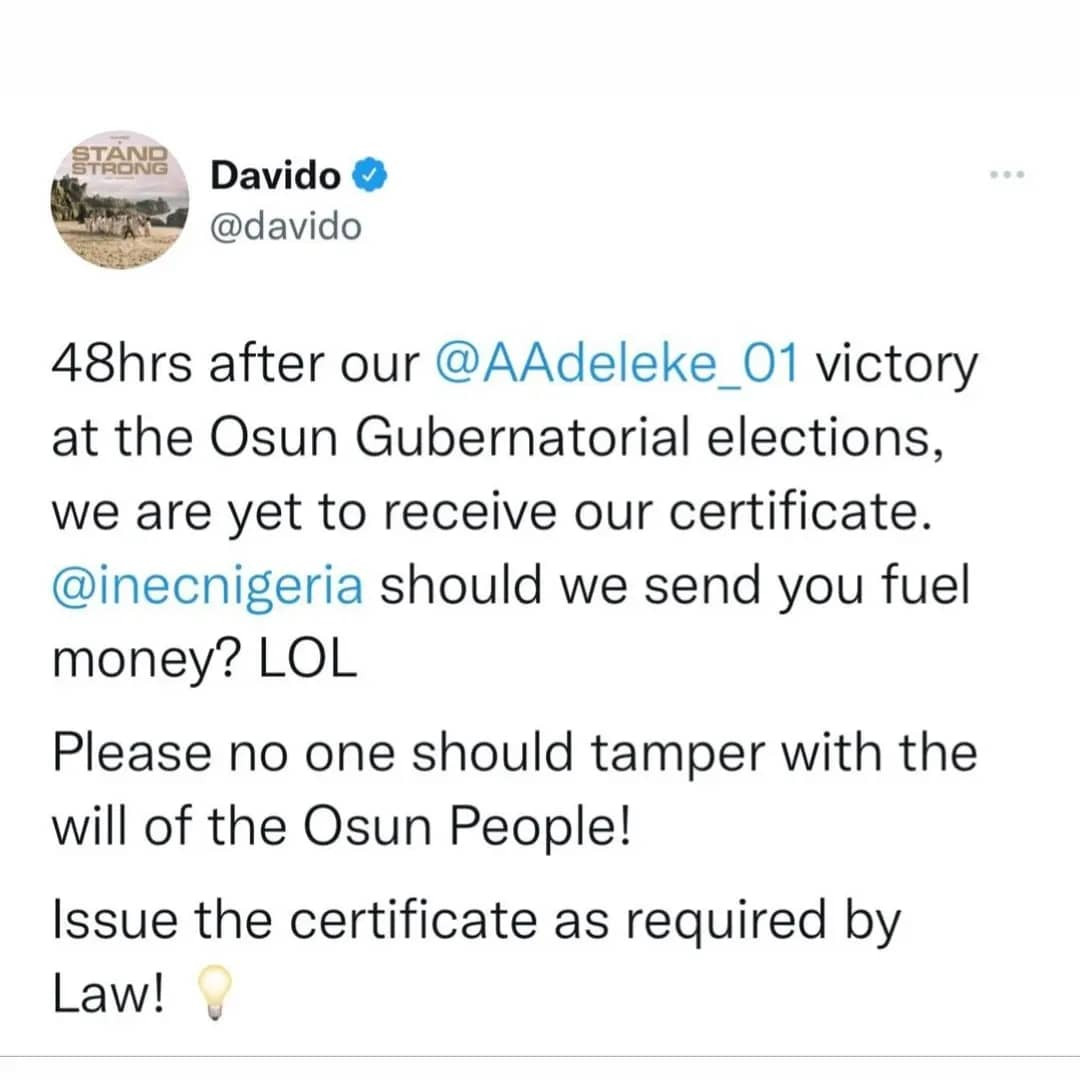 Posting a photo from the ceremony on his Twitter handle, Davido wrote;

”It’s been a long battle fought !! We put our Family name on the line , I put my career on the line ! But we had faith!! This was God testing us if we really believed in him !! I feel victorious! Congrats ! Your excellency @AAdeleke_01 ! As for me it’s back to the studio!

You do well @inecnigeria  no vex for yesterday” 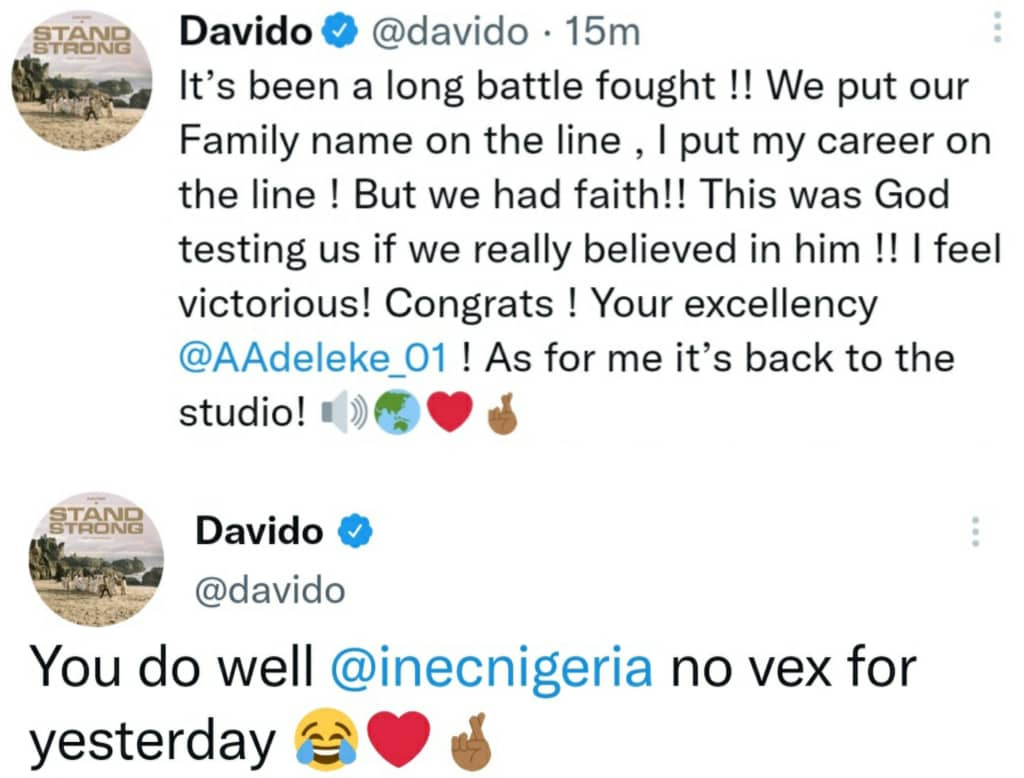 US says Putin’s inner circle is ‘too afraid to tell him... 2023 Presidency: Why Tinubu, Osinbajo are inseparable