The Lagos Police command has stopped its plans to prosecute a corps member who screamed and insulted police officers that tried to force him to their station.

Recall that last Friday, July 22, the state police command spokesperson, Benjamin Hundeyin, announced plans by the command to arraign the corps member for what he termed ‘inciting the public against police officers’. The corps member had recorded a video which was posted online after some police officers in Ikorodu stopped and searched him and his brother, while insisting they follow them to the station. He alleged that his refusal led to the officers assaulting him and then seizing his brother’s phone.

Hundeyin announced that the officers have been identified and that the corper will be prosecuted for inciting the public against the police. Read here.

In an update given last night via his Twitter handle, Hundeyin said the plan to prosecute the corps member has been waived. 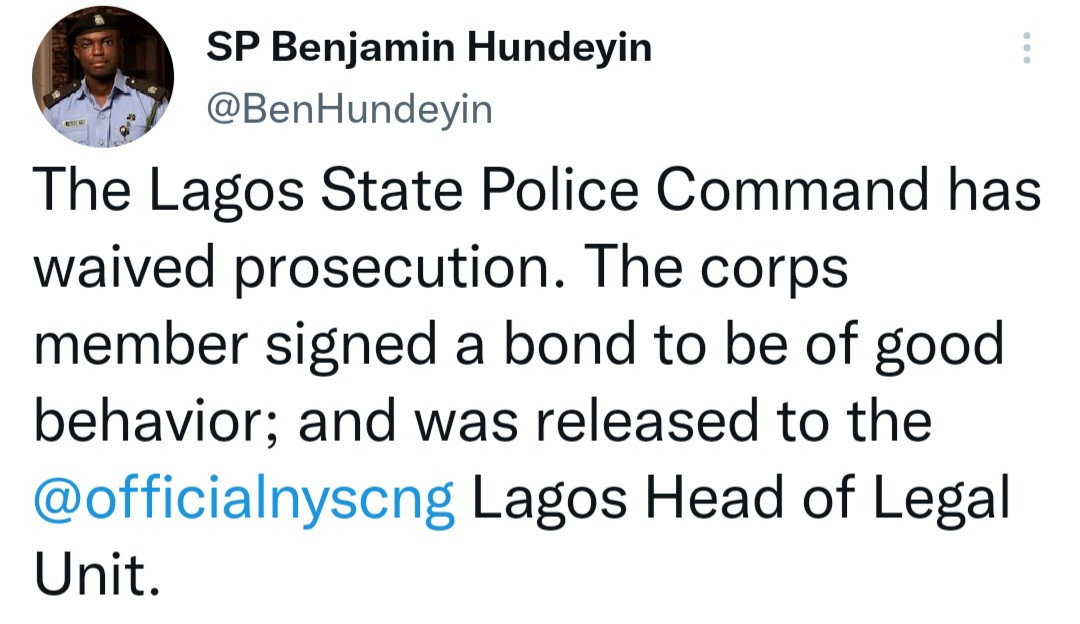